Cooking from the Allotment: Tomato Sauce

Not content with preserving whole tomatoes, I thought I’d branch out a bit. Last year, I made a fresh tomato sauce from the cherry tomatoes. This year I did the same, peeling them and really cooking them down with just some salt. Because we have loads of cherry tomatoes this year, I’ve done the same and inspired by my recent preserving success, and this recipe, I decided to have a go at canning it.

There were some issues, I don’t have a food mill and I didn’t have 10lbs of tomatoes. So I improvised a bit. 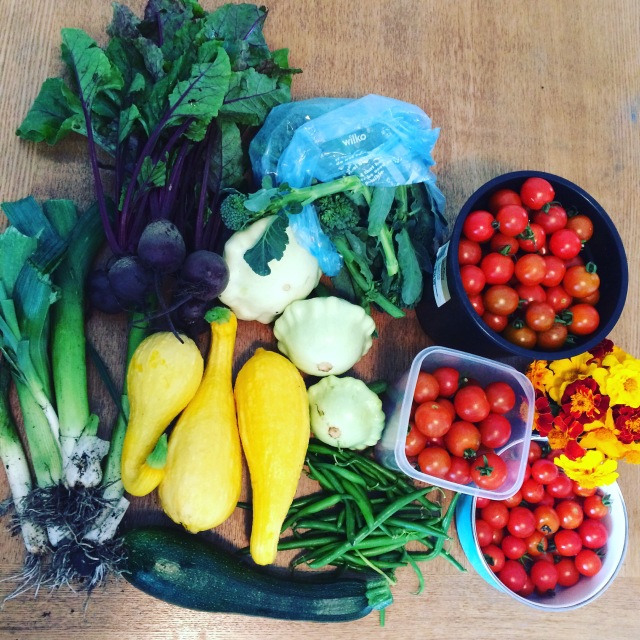 I started with 3lbs of cherry tomatoes, peeled them and stuck them in a pan (a skillet) with half a teaspoon of sea salt and mashed them a bit, having looked at them, I got out the immersion blender and blended. The sauce wasn’t entirely smooth because I like texture. i cooked the sauce until it had really reduced down and thickened (about 90 minutes to 2 hours of cooking). I then put a quarter of a teaspoon of citric acid in warm sterilised jars (some people say you don’t need to sterilise but I did so the warm sauce wasn’t going into cold jars), added the sauce, stirred to remove air bubbles, put the lids on and then processed for 30 minutes.

It didn’t feel like a lot of work as once the tomatoes had been peeled, most of the work was hands off. The first batch was a really thick sauce and made two jars.

The second batch was slightly more tomatoes and not just cherries and was cooked for about 30 minutes for a fresher and looser sauce. 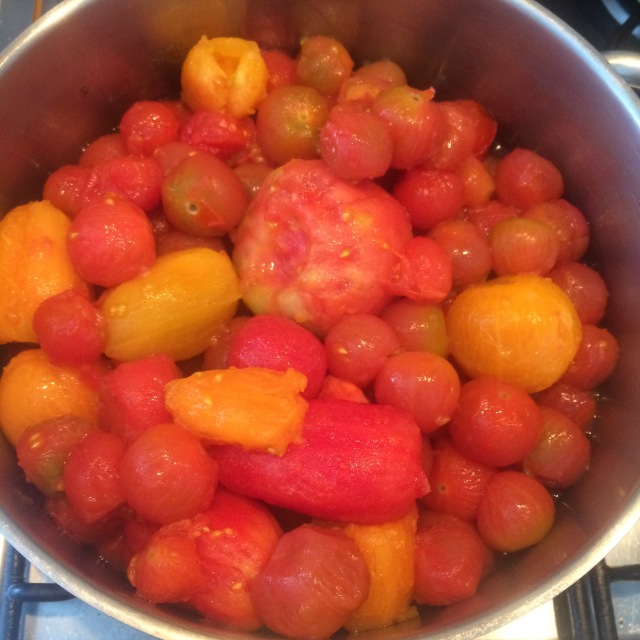 That made five small jars.

I’m very pleased with myself, I’m never going to grow or buy enough tomatoes to get me through a whole winter and I’m mostly happy with tinned tomatoes in winter but it’s nice to know that I can and in the winter, I think I’ll be feeling pretty smug!

2 Responses to Cooking from the Allotment: Tomato Sauce