Last week, I changed up my breakfast routine and had smoothies for a couple of days.

I’ve not been feeling fantastic so the opportunity to cram some extra fruit and vegetables into my routine felt like a good idea. I really enjoy the ‘magic smoothie’, I call it the magic smoothie but it’s actually called the Apple Pie Spinach Smoothie and is from Back to Her Roots. I like them a lot, but my issue last week was that it contains applesauce and apple juice, which aren’t things I generally have on hand. I’m not going off on a rant but applesauce isn’t something you can buy in jars over here, unless it’s baby food which gets expensive. 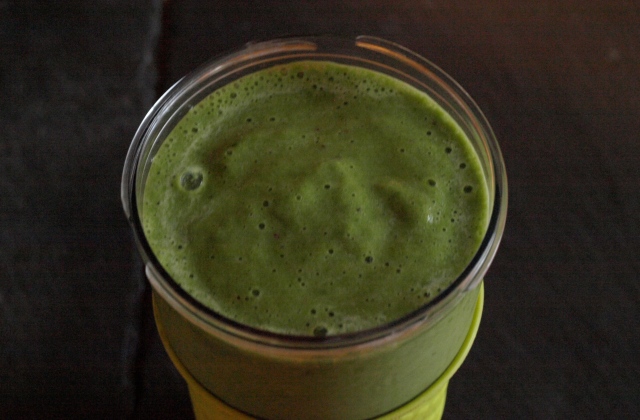 So I made something up.  I really liked it, although it has spinach and kale in it, it has enough fruit in it to make it sweet and it tastes like a milkshake. I try not to to be obsessive about what I eat but if there’s one thing I think I might be deficient in it’s calcium. In an attempt to boost my intake, I’ve added a third of a cup of greek yoghurt and a cup of milk. I also add enough water to get it to blend but I don’t measure that I just add some and blend and add some more if it’s too thick. 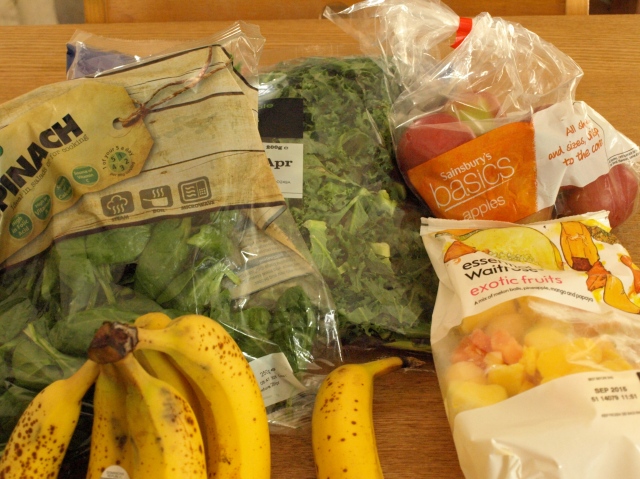 In order to make my mornings easier, this weekend, I made up some smoothie packs for the freezer. Each pack contains a banana, an apple, a handful of frozen fruit (this was Waitrose’s Frozen Exotic Fruits mix – melon balls, pineapple, mango and papaya), a handful of shredded kale and a couple of handfuls of spinach. 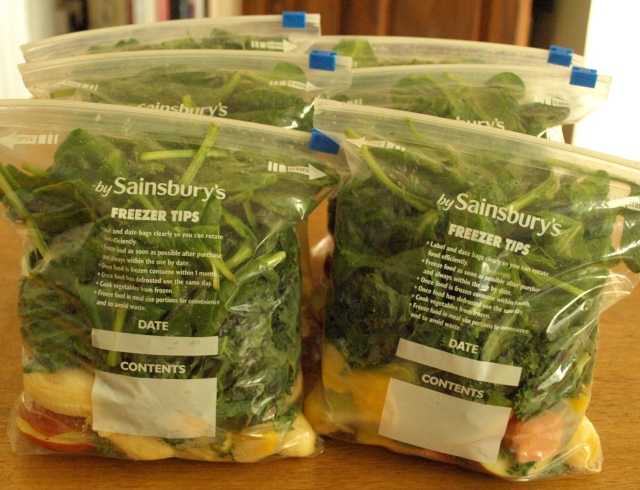 In the morning, I put a pack into the blender, go and have a shower. After I’ve dressed, I come back, add the milk and yoghurt to the slightly defrosted fruit and blend. Hey presto breakfast! 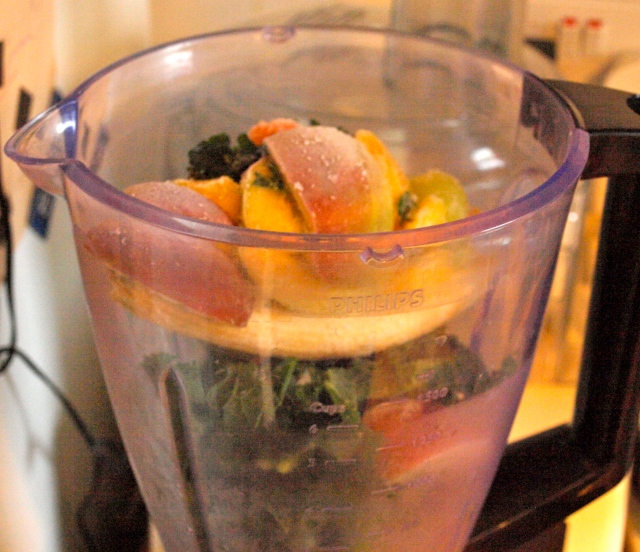 Because I suck at making the right amount of anything, I generally make more of this than I’m able to fit in my cup or my belly, so the rest goes into an ice lolly mould and I have an after dinner dessert ready to go too! 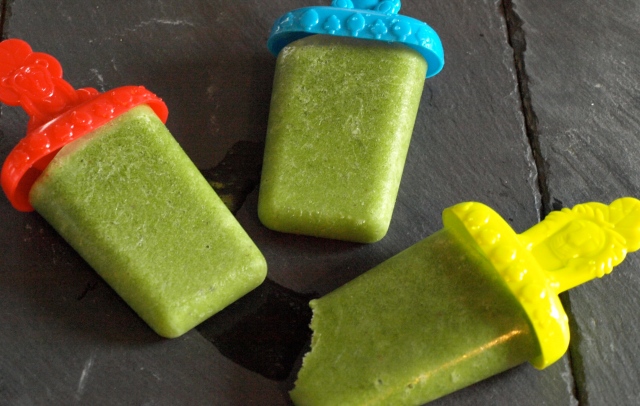 Erm...
View all posts by nicdempsey →
This entry was posted in Food and tagged breakfast, routine, smoothie packs, the Morning Smoothie. Bookmark the permalink.

5 Responses to The Morning Smoothie