Cooking from the Plot: Gooseberry Compote

We are nearly at the end of gooseberry season at chez Dempsey and it’s been amazing. We’ve had about 5kgs all in and even for a gooseberry loving pair it’s been a lot. I’m not sure what the variety is but they can be eaten straight off the bush so we’ve eaten loads of them just as they come. I’ve frozen some and I’ve made compote. 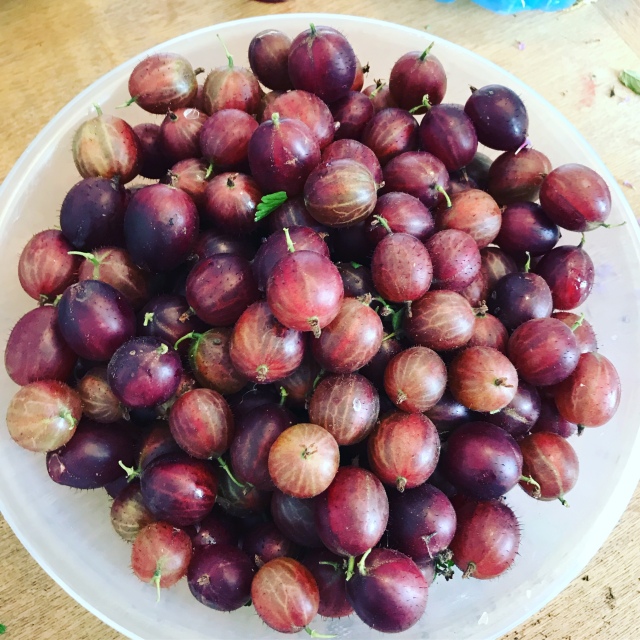 Compote is always really simple, take 500g of gooseberries and 125g of sugar and throw them in the pan. Heat gently until the gooseberries have burst and the sugar dissolves, about 15 minutes.

I like to eat mine in yogurt or on ice cream, but it’s jammy enough to go in the middle of a cake with some cream!

Erm...
View all posts by nicdempsey →
This entry was posted in allotment, Cooking, How I Live and tagged allotment adventures, cooking from the plot, food, gooseberries, gooseberry compote, grow your own, grow your own food. Bookmark the permalink.