Allotment Adventures: As ready as we can be right now..

Last Saturday was a beautiful day and Ma and I were back at the allotment. This warmer (11C) and sunnier weather encourages seeds to flourish and while there may yet be frosts, our last frost dates are the end of April after all, and it’s not warm enough to sow our seeds, weeds never sleep!

So it was time to start weeding. We’ve actually been quite lucky, four of our currently unused beds are covered and not much has been growing on the three that weren’t covered, I didn’t get around to putting them to bed properly last year but they were well weeded last year and so were in pretty good shape. I dug over the top of the plot again and  planted the two rhubarb crowns from Wilkinsons, hopefully, they’ll do ok although we won’t take anything from them this year. One of them is a late rhubarb so if they do settle in well, I’ve extended our rhubarb season, which can only be a good thing! 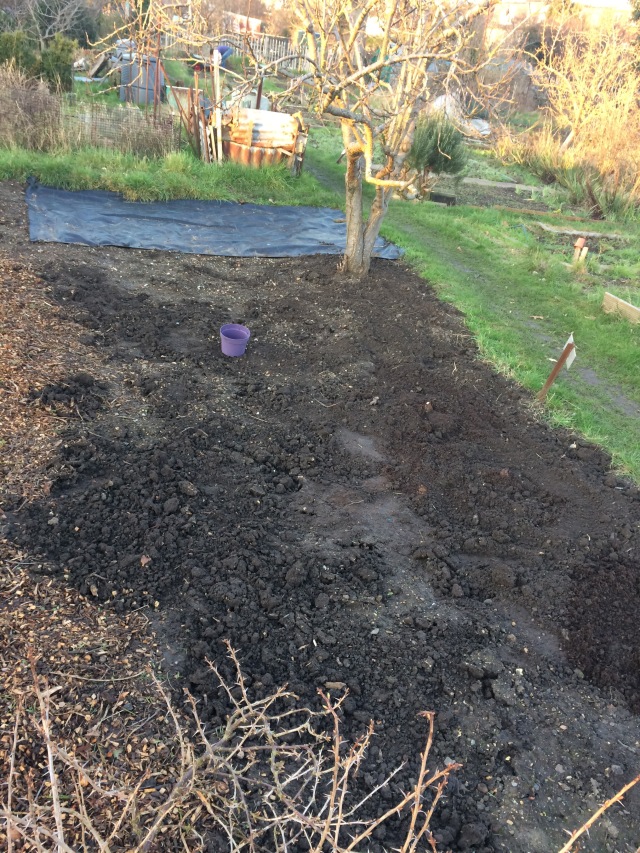 Ma also did some solid work weeding the rest of that patch and got stabbed by the gooseberry bushes for her effort. This also caused me quite a bit of pain because she did not stop going on about it. She also did a bit in the raspberries, the mulch has kept the weeds down but not erradicated them entirely. I’ve said before that we will may need to pull them up at some point but thats a lot of space and I think we’ll need to manage that over a couple of years.

While Ma was being attacked by the gooseberries, I was weeding the other beds and tiding my herb bed. The sage, thyme, oregano and rosemary have thrived in that spot and the transplanted lavender survived the winter. The sages are little thugs and got a haircut too. Last year when we pulled up the peas and sweetpeas and spent 4 hours taking down the frame, we were left with a very sad looking patch of ground. My plan had been to create little beds like the dill and coriander beds but looking at the size of it, I decided not to do that but have one bed for the annual herbs. So going in this year will be borage, chives, parsley and maybe basil (if it survives), I know that chives are a perennial that die back so I will sow and transplant those to one spot. The borage, I’ll also sow in one hit and hope that it self seeds much like I hope the dill and coriander will. The parsley, I’ll sow successionally, and I’ll probably sow extra coriander and dill too.

Behind the herbs are the two tanks that are being repurposed to grow things in. Last year, lots of the weed rubbish went into them and in one tank composted down to almost half the volume but that rubbish contained lots of couch grass weeds so I need to cover it to prevent them starting to grow again and for this year at least I’ll plant some squash. I have plans to do the same for the other task but it’s more watertight so needs to have some holes drilled as it’s currently full of water. The bucket of mint that I planted up last year is also looking a bit waterlogged too but new shoots are popping up, I’m not drilling holes in the bucket because it’s mint…..

We’ve also decided to make the U shaped bed a rectangle and having reviewed the space versus what we have to grow decided that the carrots and potatoes will be grown in containers.

That’s us as done as we can be for February. We still have to sort this out, it can’t be burned due to the bonfire ban so it needs to go to the dump.

Tasks for next month are composting the beds and covering them to warm them up a bit. Buying a shed and then building it (well assembling the people that are going to build it and assisting them!), painting the shed, getting the bags for the potatoes and carrots and planting/sowing the carrots and potatoes and the rest that can be sown towards the end of the month..

Lots to be going on with but I’m feeling pretty good about it…. 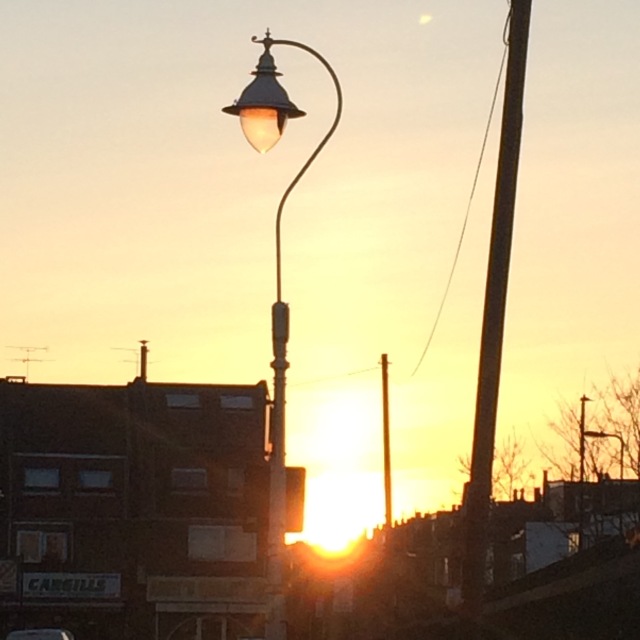