This week I have been pushed for time, which is why this is going up late on a Thursday, rather than its traditional Wednesday amazing what you can do on a phone during the commute!

We have still not had any significant rain and last week I needed to up my watering game. So I bought a new watering can, I now have two 10 litre cans and almost very bed needs two cans (well 11 of them) that are squash, tomatoes and cucumbers, I remember my first year when watering took half an hour, now it takes at least an hour and a half and from next week, I’m going to water Joe’s plot as well because he’s away. Who needs sleep?

As ever at this time of year, the weekdays are for watering and some harvesting, the weekends are for work, with it being so ridiculously hot, Ma and I were on the plot at before 8am on Saturday. 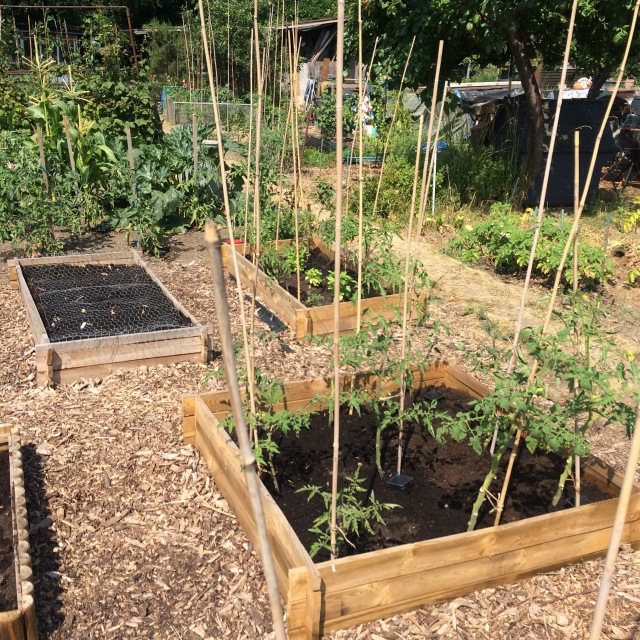 As well as the usual watering and feeding. I trimmed all the tomatoes, Ma dug up all the strawberries and made a start on tidying the raspberries, which are more or less finished. Removing the strawberries made us realise that we have space for another bed, so that’s on the work list.

We filled the cleared chard bed with a layer of compost and planted out some leeks. The foxes have been at this a bit but we have another pot to plant out in August, so I’ll fill in the gaps then. Ma also sowed some chard in the old pea bed, the plan is for them to stay there over winter as the others did.

I did not get around to sowing kale this year so I’ve cheated and bought a set of plug plants from Suttons which, when they get here, have three types of kale, Black Magic, a calvolo nero bred for our climate, F1 Reflex, a curly kale and F1 Redbor, with is red. There are 21 plugs, so that’s more than enough for us, I’ve promised Dionne one of each and I’m sure what I can’t use will get used by someone else. I’m planning that some will go in the new bed, some where the French beans are now and some in the cucumber bed when they are done. Finding room is my biggest problem right now, I want to overwinter broad beans, garlic and shallots (they can quite happily wait for space until after the tomatoes and summer squash are done. But I need to find another bed for more leeks and sow some pak choi, black radish and mustard greens. I know that Ma’s heart sort of sinks when I say that I need another half plot but I’m probably ready for expansion!

I planted out the mint and summer savoury in the bathtub where the strawberries had been. The savoury is an annual, so I’m happy for the mint to take over there. I also have some mint that I bought in the supermarket and stuck in a glass of water that has rooted so I’ll plant that up with a view to planting in the tub at some point soon.

I made a frame for the cucamelons to climb up, it does look a bit make shift but will be covered pretty soon, I reckon.

We had a first pick of the French beans, they haven’t done as well as last year, I think because it’s so dry and I know that there is blackfly. The winter squash is doing well though, and the butternut squashes have just started. They have a long way to go but I’m happy. 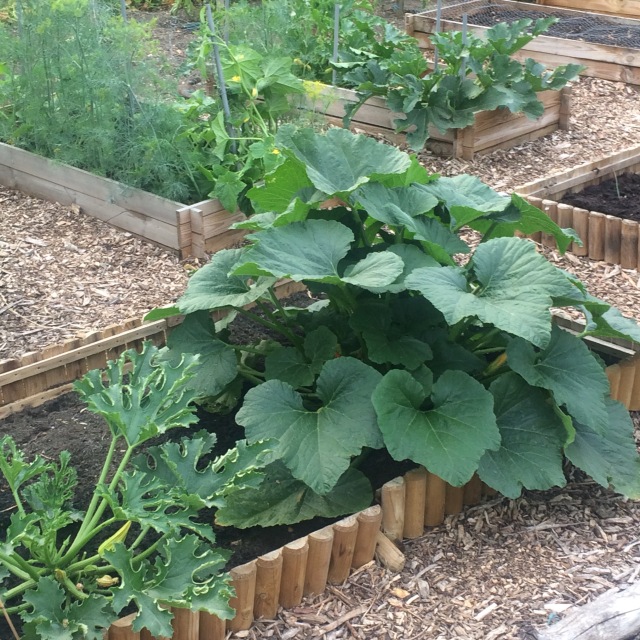 After all my moaning about the courgettes, I picked 6 this week. I can feel the beginning of the glut. The crookneck is on the verge of production and looking very healthy.

The cucumbers are also on the verge of going bananas, we should have lots of both by my birthday, and tomatoes have flowers and fruit although they are ages away from being edible.

I have a work list for the weekend that feels a mile long, so I’m probably not getting to all of it.

· Water and feed everything

· Frame and fill the new bed

· Trim and tie up the tomatoes (again they are like triffids)

· Find space and plant out the carnation dianthus and verbena

· Sow some more coriander and parsley

· Sow the gaps in the lettuce spinach and carrots

· Net the leek bed and the lettuce spinach and carrots bed

· Weed the top of the plot and the paths

· Clear the bolted radishes out of the bucket