Posted on September 4, 2019 by nicdempsey

We finally have some high summer veg. Just as August ends! I was beyond excited for the tomatoes and corn but didn’t think we had any cukes until I was cutting back the leaves of the rampant cucumber bed and there were two. There will (weather willing) be a few more next week.

Other than harvest and water, we put up proper cages over the kale. It’s time to think more about autumn and winter veg. We have kale, cabbages, celery and cauliflowers in and we sowed chard and turnips which are slow but coming up. (I’m a bit concerned that the chard is in the wrong place and I may sow some more to plant somewhere else.) We have some leeks in and I’ll going to put some more out in our now empty carrot bed, they’ll be slow but that’s fine. This month I’ll sow some winter leaves and next month we’ll sow broad beans and sweet peas to over winter.

On the work front, we’ll be cutting back the leaves on the winter squash and clearing and covering beds we don’t need. We’re in a holding pattern right now because in October, we’ll have a lot of work to do on Joe’s old plot, for this month, we’ll be netting the cabbages more efficiently and watering the tomatoes while Joe’s away. 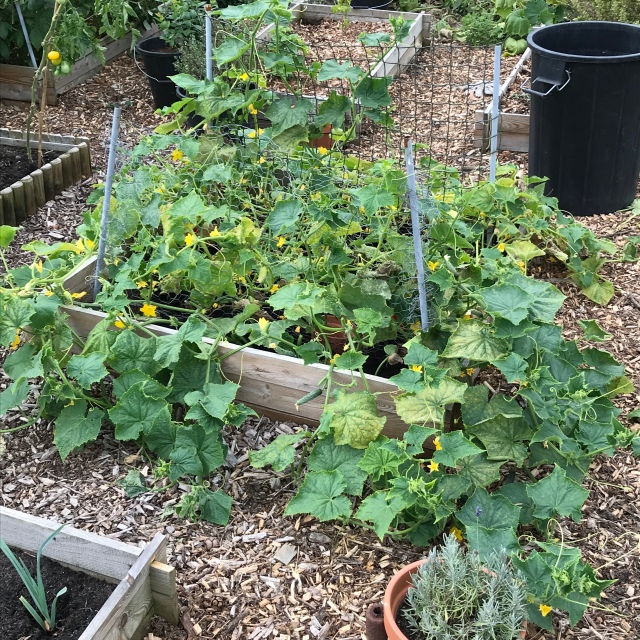