As I mentioned on Monday, Ma and I won an award at the Open Day for basically being nice and wanting to help our allotment neighbour as much as we can.

Taking on the plot has had so many benefits, for me one of the unexpected ones has been the community we’re a part of now!

Anyway, while Sunday was about the community, Saturday was about the plot. We had lots to do. We started with harvesting. Lots of food there, I’d already had three teeny tiny courgettes on Wednesday but we had six proper sized ones. The glut begins…. 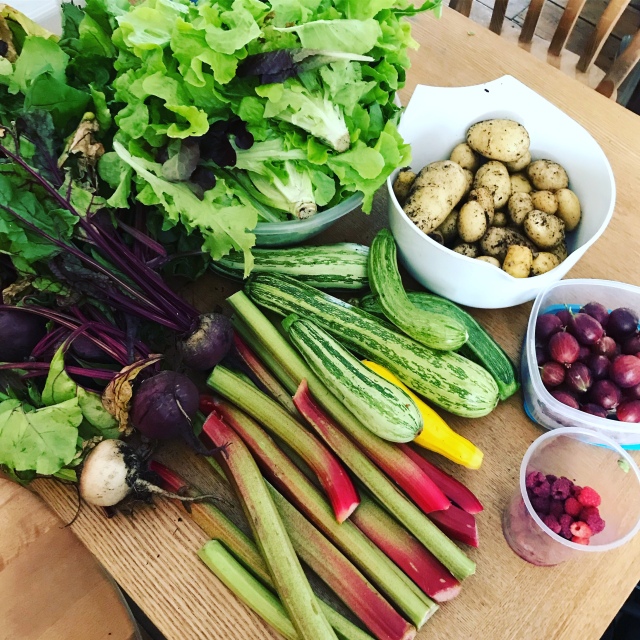 As I harvested the beds, I watered and fed them and then we got on with the work. Ma did some weeding, and I attacked the tarragon and planted the two blackcurrant plants, I’d bought a while ago. So with the boysenberry that’s going in the last of those longer beds. Our soft fruit expansion is done for 2019. I may end up with two more blueberry bushes next year and if we end up with more space, I’m going to have at least three more rhubarbs (we can always use more rhubarb, there is no such thing as a glut!) 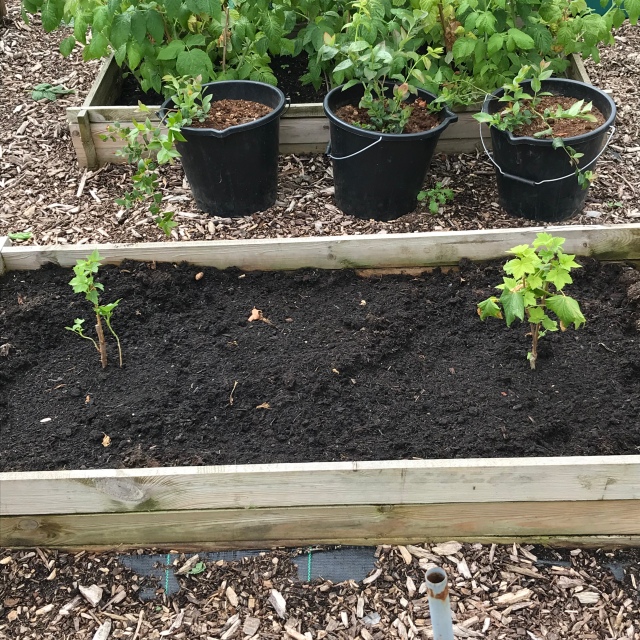 Then it was past time to deal with the tomatoes. They needed a trim and tying up onto canes. We did all three beds and planted the basil plants into the cherry tomato bed. The other two beds have calendula coming up so there wasn’t enough room.

That done we had some basil plants left over and 12 plants that hadn’t been given out or planted in the beds. If I was a sensible person I would have thrown them alway. But we had a spare bed, so we planted them up in the bed and in one of the green boxes. Which means that we have 45 tomato plants this year. Given that I didn’t eat raw tomatoes until three years ago and now I’m really looking forward to tomatoes on toast in August, I find this hilarious.. 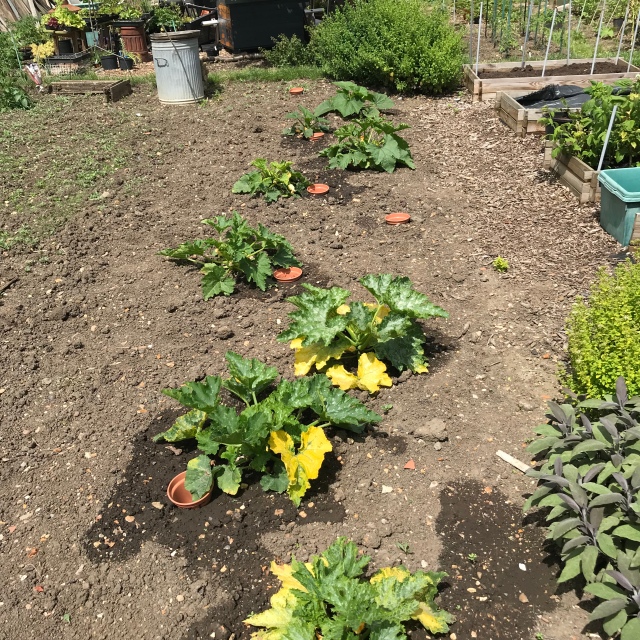 I’m not quite done with tomatoes either. We have a section of Joe’s plot that I’m calling the ‘courgette corridor’ and one of the crooknecks didn’t make it (at the top of this photo). It’s getting a bit weedy so I’m thinking that if the unsold plant sale tomatoes are being given away as they were last year, I’ll clear that section and bung them in there, I really don’t like wasted space. I also watered Joe’s tomatoes and I’m going to give that a weed if he’s not been up during the week.

We also found a stray butternut squash plant in amongst the unplanted toms and we bunged that in one of the squash beds too, it’ll catch up!

So on Saturday night we had a cucamelon and some kale that hadn’t been planted out. Then on Sunday, I bought some more plants. I’ve already mentioned the boysenbery, but I also bought some lavenders (I don’t know which type but I’m loving the ones we have on the plot and the more the merrier!), another pink to go with the one that I bought last year. 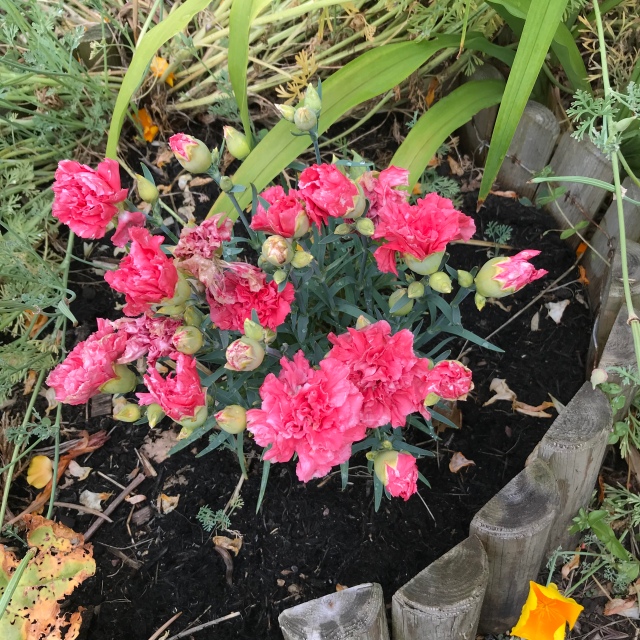 Finally I bought two ammi visnaga, which I’d never heard of before but they look pretty. So eight plants, which isn’t too bad.

Last month I was feeling that the plot wasn’t doing too well but the sunshine has perked up the allotment and me!