Allotment Adventures: Dreaming for Next Year

I didn’t get to the plot last weekend, Ma and I went to the allotment the weekend before last. We dug up leeks for lunch (leek, anchovy and goats cheese tart), we refilled the bird feeders and we chatted to people. 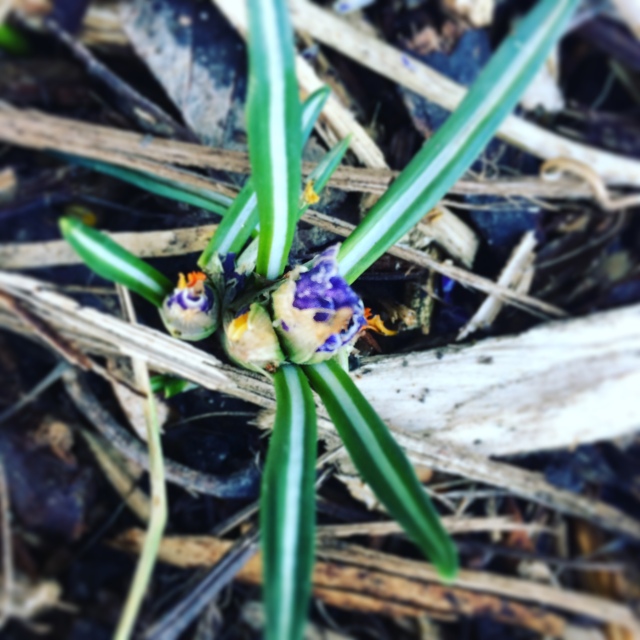 It’s was a lovely sunny day but we need warmer weather before we can work because I can’t dig up the raspberries if the ground is frozen! So the list is still the list, I now have almost all my seeds for next year (although next month I’m going to buy two more blueberry plants…my soft fruit empire grows!) but still haven’t sown anything and the plot looks pretty much the same as it did last week. 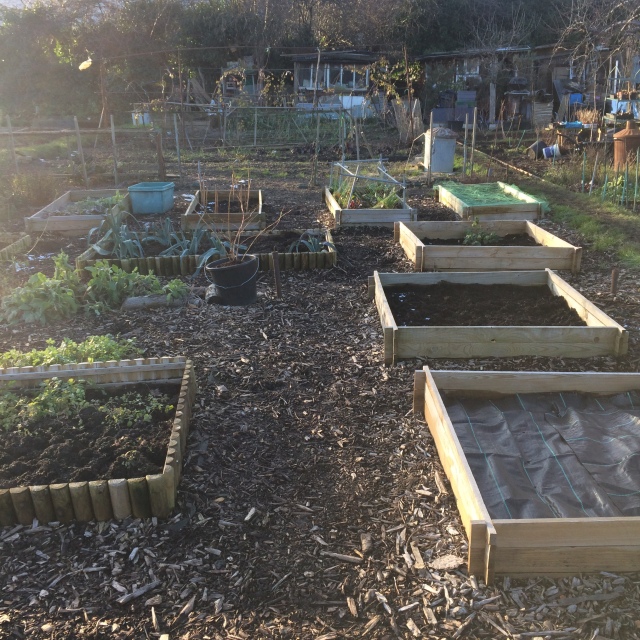 The continuing Brexit mess has concentrated my mind on winter growing, I’m not in any way self-sufficient we’d need a much bigger plot and I’d have to give up my sweet pepper addiction which I might have to do anyway post Brexit. However, I think that food will be more expensive after Brexit because 99% of fruit and veg pickers are from the EU and if we have a repeat of last year’s weather then farmers are going to have lower yields (in 2018, potato yields were down 20-25%, the fourth lowest harvest in 60 years, onions down 40% and carrots 25%). That’s a lot of figures but for me, it makes sense to try and increase what we grow so we can eat more of it and use the food budget in other places and as Ma and I put £20 a month in the allotment account every month (and spent most of it on compost!), it makes sense to really stretch that money as much as we can. 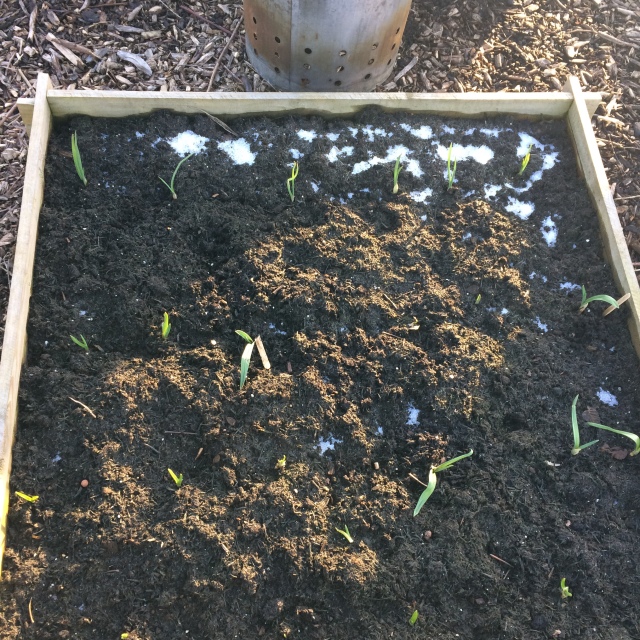 In the summer we are pretty self-sufficient for vegetables, less so for fruit but I can’t plant trees so we do what we can with soft fruit, which this year means summer and autumn raspberries, two gooseberry bushes (which will hopefully produce more fruit this year!) and four blueberry bushes (two of them very little so probably we won’t get much). Hopefully we’ll get more plums this year and lots of rhubarb. 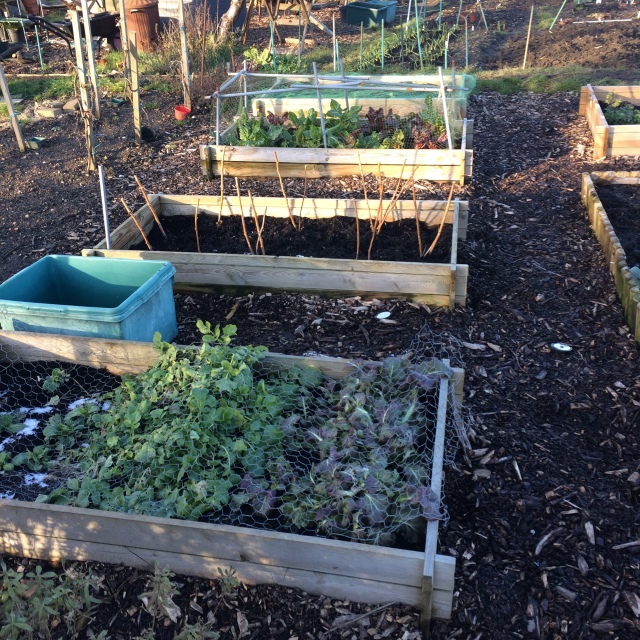 In winter we grow much less.  This year we have leeks, chard and kale, we also had a fair bit of winter squash (we have two squash left, one tiny butternut and the massive boston squash.) The black radishes, mustard and pak choi didn’t really get going. Next year we are growing more squash (large butternuts, Georgia candy roaster, uchiki kuri and burgess buttercup) and I want bigger beds for the chard and kale but I also want a later sowing of carrots and beetroot to stretch into the autumn (I’ve been envious of the allotmenters who were digging up carrots and beetroot in Jan) and to grow fennel, celery, more winter salads and turnips and swede. I’d love to grow cabbage, cauliflower, sprouts and parsnips but they take up a lot of space for a lot of the year and on half a plot I’d have to really cut back on growing summer and winter squash and tomatoes and all of the other good things about summer. Maybe if I get another half plot, I’ll have a go at them but at the moment that’s not happening. 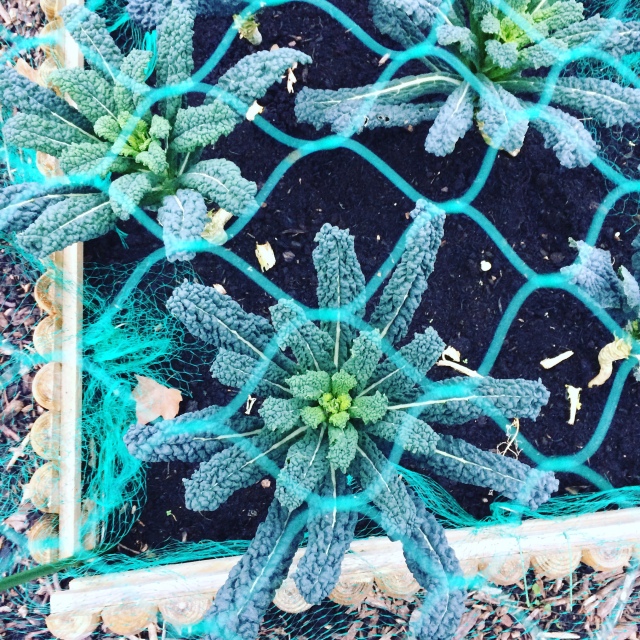 So it’s a very modest stab at more winter veg. We have rust on the allotment site, on the leeks it’s not been terrible this year but I am very worried about the two beds of garlic I have, so I want to see how this year goes for that. Even Charles Dowding reckons that he gets better garlic growing undercover and that is something I definitely need another half plot for! You’ll also notice that I’m not growing onions because of space issues but I have bought some walking onions and I want to get some perennial welsh onions which won’t by any means replace my current onion dependence but will give me something else for the winter. 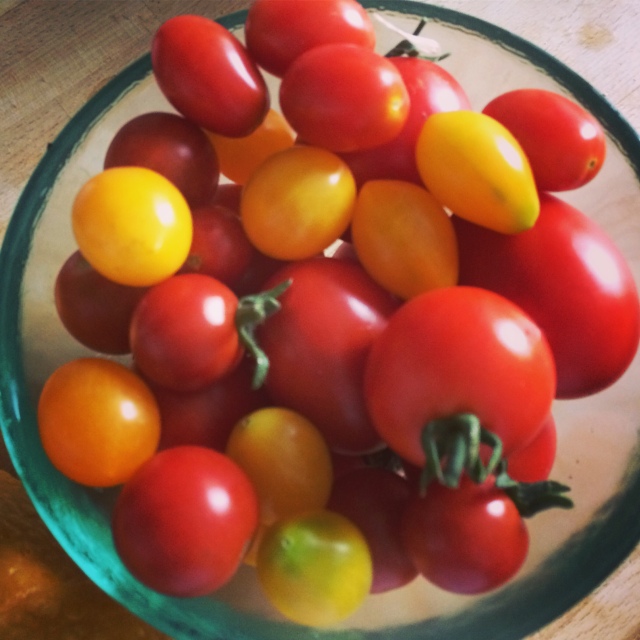 In the summer, we eat a lot of our tomatoes fresh but I will make a stab at canning more of them and we are growing gerkins, just to pickle them, I’ll also have a stab at doing that to our cucamelons this year. Hopefully the roots will have survived winter in the shed and when I take them out they’ll be raring to go! 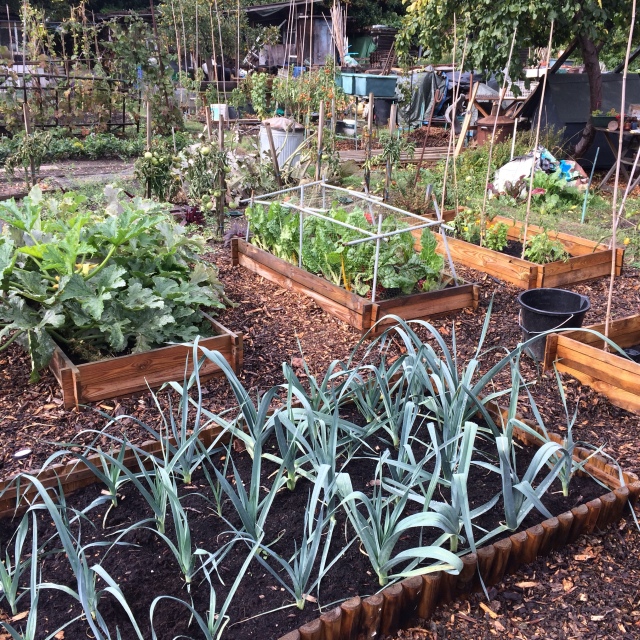 For flowers, we have the carnations and verbena bonariesis as perennials and I have no doubt that the california poppies, nasturtiums, borage and aramanth will sow themselves (the poppies and borage are still green and on the plot)  I will sow some marigolds and some calendula around the place in the hope that they take. Apparently calendula are like poppies for self-seeding so that’ll be fun. Last year’s stock plants are still standing, they didn’t really get going in summer and we didn’t pull them up. Assuming they survive the next couple of months, I’ll leave them in and see what happens.

With herbs, the rosemary is going to need cutting in spring, but it and the sage, oregano and thyme are all fine. The tarragon and lemon verbena finally succumbed to the weather last week, but I’m confident they’ll come back in the spring. The mint is coming back too and the self-seeded lemon balm is sitting in the ex-tomato bed. I’ll take it out and put it in a pot in spring and hope it lives. Most of the lavender seems to have come through the winter. I’m hopeful that some of the summer savoury and rocket will self-seed from last year.  I managed last year to harvest seed from dill, coriander and chives. The coriander has sown itself already but more won’t hurt and the chives are surviving in the herb patch but I think that more near the carrots is no bad thing. I’ll sow more parsley and basil too. 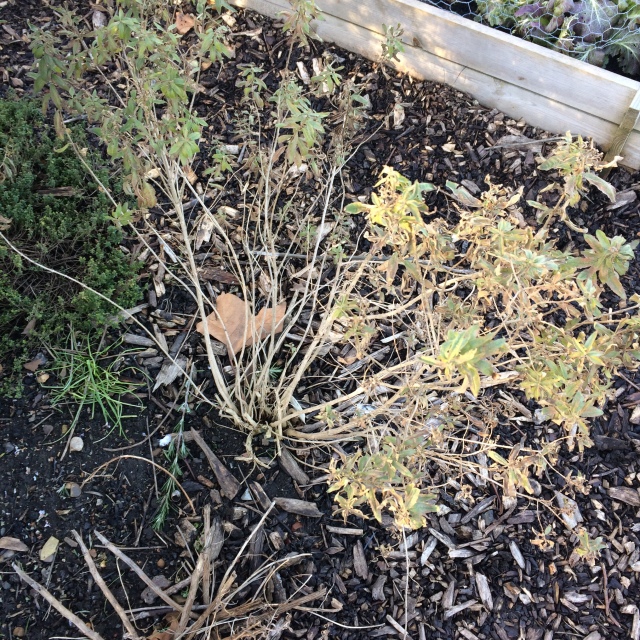 There is going to be a lot going on this year, lets see if I can keep up!