I have a go-to granola recipe and I love it, the other day I found this recipe in my notes on my phone. Usually if I copy a recipe into my notes, I make a note of where it’s from but not this time, so if this is anyone’s recipe please let me know because it’s really good.

As a general rule, with the exception of the oats and occasionally the maple syrup, I never have these ingredients on hand but this week, I had cranberries left over from the wedding cake baking, and maple syrup and brown sugar in the house, so it seemed like I should buy the pecans and get on with trying this out. 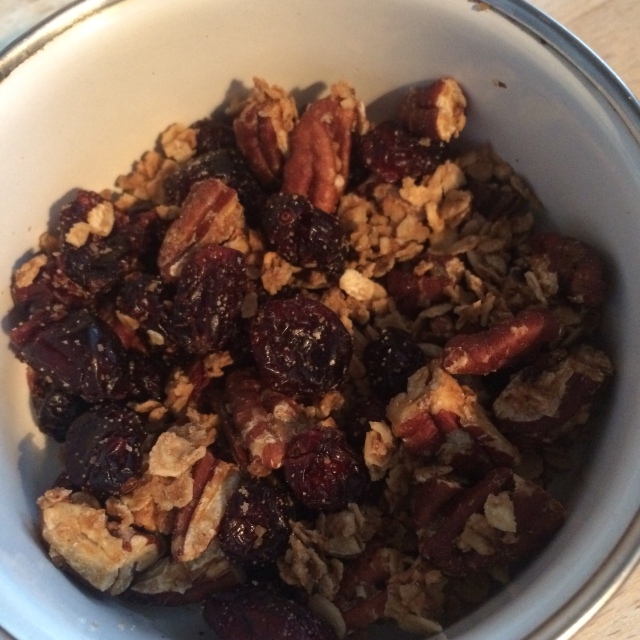 It works, I was worried that it doesn’t have enough stick in it but it’s not overly sweet and I’ve been eating it all week withorange and lemon flavoured yoghurt. I kind of want to grate orange zest into it but I really enjoyed having granola with nuts in it and I think it’s very open to adaption.

As usual there was some modification from the original. I’m guessing that it’s an American recipe but I used UK cups for the measurements and then weighed the ingredients so it’s now in weight because as I get older I prefer it. I also used more cranberries and sunflower oil because we don’t have cannola oil (we actually might but I have never used it!)