Allotment Adventures: August and Everything After

We had a pretty good day at the plot this weekend. We harvested courgettes, crooknecks, tomatoes, chard, kale and herbs (basil, parlsey, thyme and mint).

We also had to call time on the runner beans. They were great but had completely overwhelmed the canes which kept falling over and that wasn’t helping with bean production. We had tried to strengthen the structure last week and it wasn’t working and sometimes you just have to cut your losses. Once I had that up, I planted two verbena bonariensis plants in that space. The space from the path to the raspberries looks really different from how it looked last year. We have a three rhubarb plants, a large raised bed, a couple of circular beds for flowers (dianthus, carnations, love lies bleeding right now) and everything is woodchipped. We have other plans for the space but not much more. 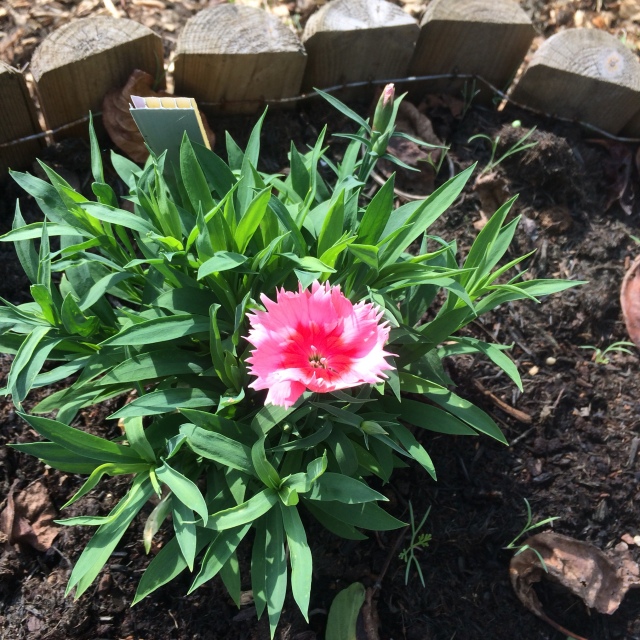 Ma went to work on weeding the paths, the borage and coriander is seeding everywhere especially the leek beds and  I’m pretty relaxed about it in the beds, the cold will kill it off and in the meantime, I can use the coriander but I really don’t want it on the paths. I spent some time with my high maintenance tomatoes. Ma thinks I spend too much time loving the tomatoes but the truth is they need lots of attention as they want to grow everywhere and I want them to produce tomatoes, so they need seeing to. With the change of the weather and the time of year, I’m also on the lookout for blight. So far so good. 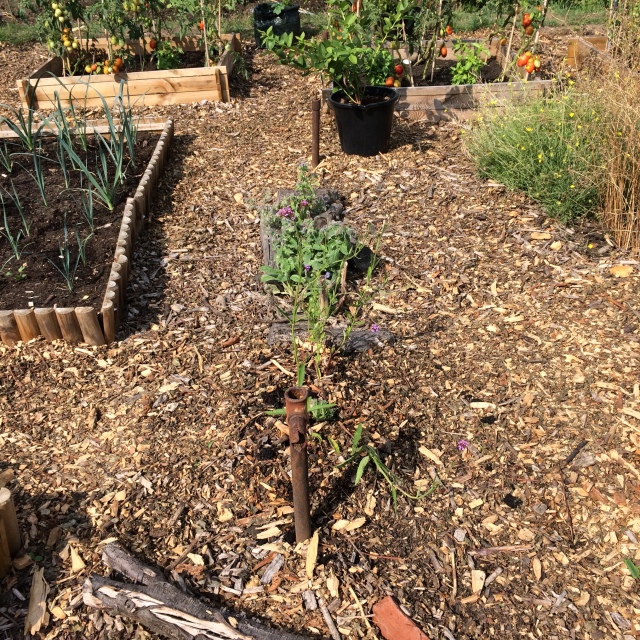 I planted two more verbena plants and a lavender plant between the parsley and borage in the middle of the plot and a lavender plant by one on the leek beds. We don’t have a huge amount of space for flowers but I’m hoping the lavender and verbena make it more attractive to pollinators. The nasturtiums, loves lies bleeding, californian poppies and some of the borage are all self-seeded and I’m more than happy for them to do that next year but it’s nice to have some intentional planting too!

We bought some bulbs this weekend too, because I would really like to get some spring flowers in. This hasn’t worked brilliantly for me so far. The grape hyacinths have done well but the anenomies and freesias, did not return this year. We bought some tulips (Queen of the night), some snowdrops and some snakes head fritillary, which are going around the shed and patio (when I get that sorted!).

We’re at that stage of the summer where we can see the season changing which for me at least, means thinking about the next season and work to be done. We have got chard, leeks and kale growing for the winter and I need to find some space for some other autumn/winter crops like pak choi, mustard greens, black radishes and land cress and lambs lettuce. We have those seeds so it’s just a case of sowing them and hoping for the best. The question is where can I find the space? They need to be sown now but the tomatoes and squash aren’t going to be done until mid September at the earliest, which is good because they’ll make way for overwintering garlic, broad beans and shallots (yes I’m going to try again with the garlic!).

There are other ‘winter is coming’ tasks, like giving the shed another coat of weatherproofing and Ma wants to insulate it and buy shelves for more organisation and as the shed is her domain, all I really do is paint it, we need to try and do that this year too.

Longer term building projects are a path by the shed, a pallet patio, a water butt and digging up the raspberries, I need to give the gooseberries some space and at the other end need some room for some different varieties. So time for some digging and of course if I do that, then we sort have a strengthening session for the current supports. I’ll like to put new supports in altogether but that may have to be a project for another year.

1 Response to Allotment Adventures: August and Everything After