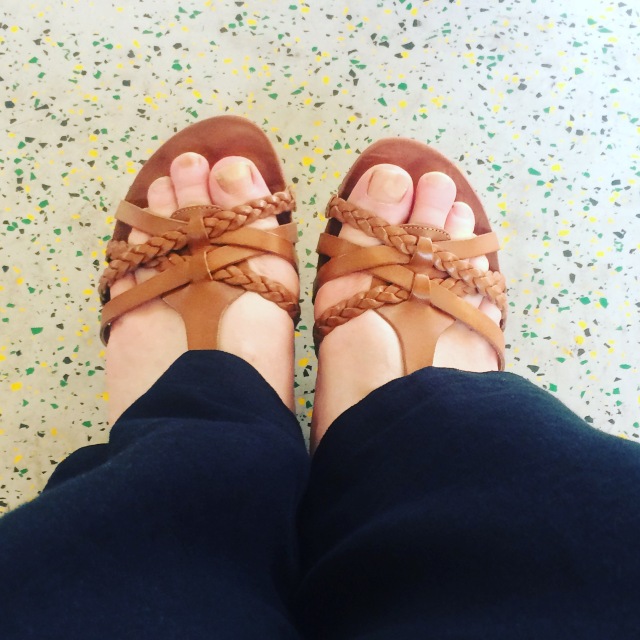 Since the last Friday Links post, I posted a photo on Saturday, the usual miscellany on Monday, talked about the Joy of Bathing and updated you all on the state of the plot – spoiler – it’s looking good!. Yesterday, I shared my quick and easy method of making mayonnaise.

‘No alternative’: Theresa May sends British jets to join air strikes on Syria. Ma and I were talking about the possibility of this on and whether she would recall Parliament first on Friday night. I said that I thought any action would happen over the weekend. So I was unsurprised but still disappointed to find that it had happened early Saturday morning. What the hell do they think this will achieve?

They were so desperate to reduce numbers they forgot about justice, and decency and sense and took 6 months to respond to the reports of it happening.

I never minded being part of Generation Rent. Until I was evicted yesterday. It’s not like renters are asking for unreasonable things. Like the author, I’m very lucky but the lack of security is an issue that needs to be addressed.

Labour would rip up the definition of affordable housing. I’d vote for it.

I am bewildered in the aftermath of heartbreak. Jesus, quite literally in this case, poor girl. I can’t imagine how that works, I can’t imagine it happening when you are 25. It can be got over, anything can, but Christ on a bike that is rubbish…

How funding cuts work: first, they come for the furniture

In this golden age of political arrogance, David Cameron is king

Following the Queen’s example, I shall be taking my mum to any interviews to suggest that I should get  the job. Because it seems to be working for her son. I thought they were supposed to set an example!