Allotment Adventures: Plant all the things

Work on the plot this week was all about planting because I’m ready to do that.

While Ma weeded, I planted out the crookneck, patty pan squash and courgettes, some of the tomatoes (Jen’s Tangerine Cherry and Orange Banana) and cucumbers (Boothby’s blonde and Miniture White). Last year, I didn’t really do any companion planting but this year I sowed nasturtiums at the edges of the  squash beds. Dill with the cucumber and marigolds with the tomatoes.

I planted the lemon verbena in the herb bed, it will apparently grow very tall but I’m still not convinced that it’ll survive the winter, so we’ll see. 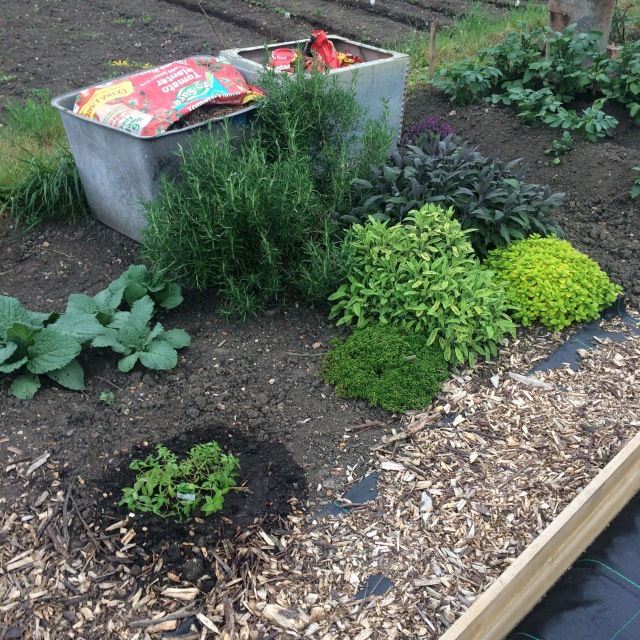 Below are the courgettes, and yes I’m aware that’s probably too many but I did 4 last year in a bed that size and it worked, so we’ll see!

Because we have a greenhouse this year, we going to grow some tomatoes and peppers in pots in there.

I also sowed french beans, parsley, coriander, carrots, and spring onions because we need to be getting on with that. The carrots and spring onions were planted in the bath after we’d filled it with compost (I seem to spent all my money on compost right now and I’m not making nearly enough!). However, we did get luck because Dionne has a car and bought me three big bags so that was one thing I didn’t have to do this weekend.

After last year, which was all success, it was inevitable that I’d have have some failures this year, step forward mildewed gooseberries and bolting onions both are because of the very dry spring and my ignorance in not watering them. The garlic also has leek rust which is a pain.

The red onion were done for and we pulled them up, planting the patty pan and one of the crooknecks in that bed. The radishes I sowed there gave me my first crop and I must sow some more.

The white onions are fairing better and I’ve cut off the seed heads but it’s not going to be brilliant. The rhubarb is also suffering but everyone’s rhubarb is suffering. Lastly, just as they have beans, the broad beans have blackfly.

So far the raspberries look ok although they are spreading and need to be contained, the herb bed is looking good, the lavender loves its new position although the sage is trying to overwhelm it.

The winter squash are all in the greenhouse and will be planted out in the next week or two, I have given enough of them away that I now have 2 each of the boston winter squash, the baby blue hubbard and the butternut squash. Whether I have room for them is besides the point. I potted on the amish paste and red cherry tomatoes yesterday night when I watered. 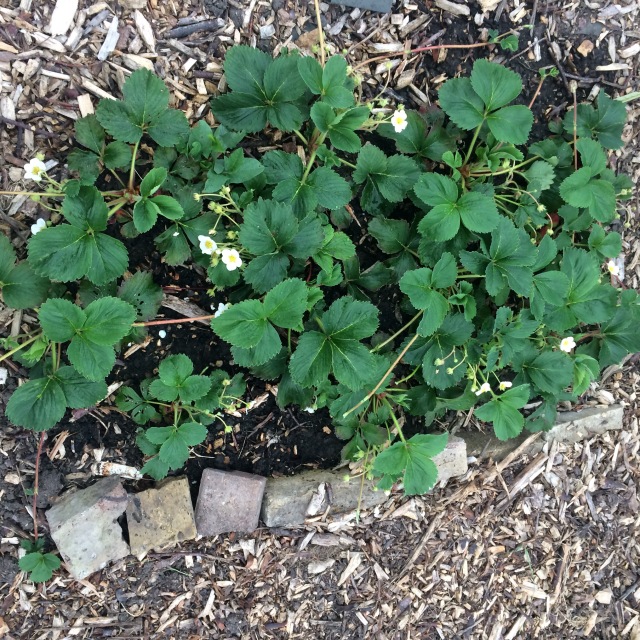 The potatoes have recovered from the frost and the mint has come back.

There is more to do and  lots of weeding but I feel its more a matter of waiting.

The list is splitting into things I can do right now and things that will need to wait until I can take things to the dump. 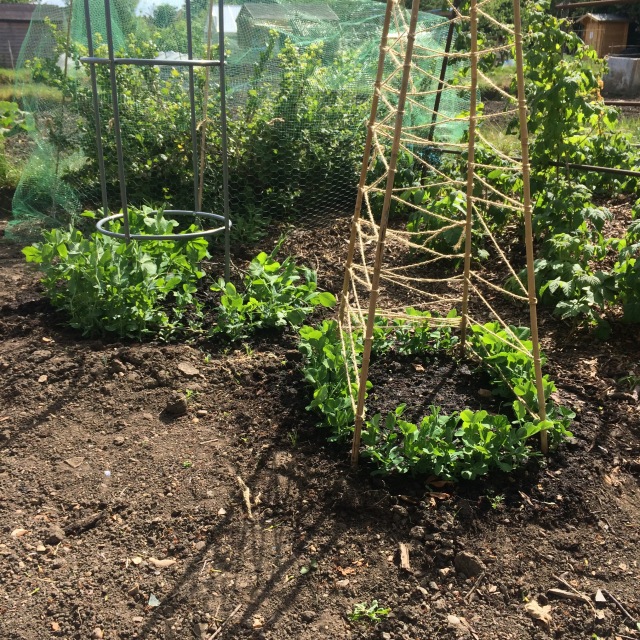