Making jam can be hard work, usually when the fruit I want to turn into jam is ripe, it’s hot, then there’s the boiling sugar and the sterilizing jars and cutting up circles of greaseproof paper. I am so glad I didn’t grow up in a world where boiling filled jars of jam is considered a requirement, I’d never make the stuff.

I made lemon curd for Ma as a Mother’s Day gift and got a jar for me. My current favourite way to eat it, is with greek yoghurt for breakfast. However, it’s also great in tarts, or cakes, in toast or just eaten straight from the jar with a spoon (not of course that I would ever do that!)

I’m not going to pretend that it’s a health food too much sugar and butter for that, but it is really good to eat and make and it satisfies the bit of me that likes to do things from scratch but is also quite lazy. There are lots of recipes out there, but I use is based on the one in How To Eat by Nigella Lawson. Partly because like me, Nigella can’t be bothered to make it in a bowl over a pan of boiling water and just bungs it in the saucepan. Nigella recommends that if you are worried about the mixture curdling, you have a sink full of cold water standing by and if it curdles, you can put the saucepan in the sink and beat it like mad to stop the curdle. I don’t bother with that either, I just use a very low heat and watch it like a hawk.

Curd is also quite quick to make, it takes me about an hour (that time includes all the prep and the washing up after. I could go faster but I find that, impatient as I am, I quite enjoy the almost meditative time, of stirring and watching for the curd to thicken, and the pretty patterns it makes! 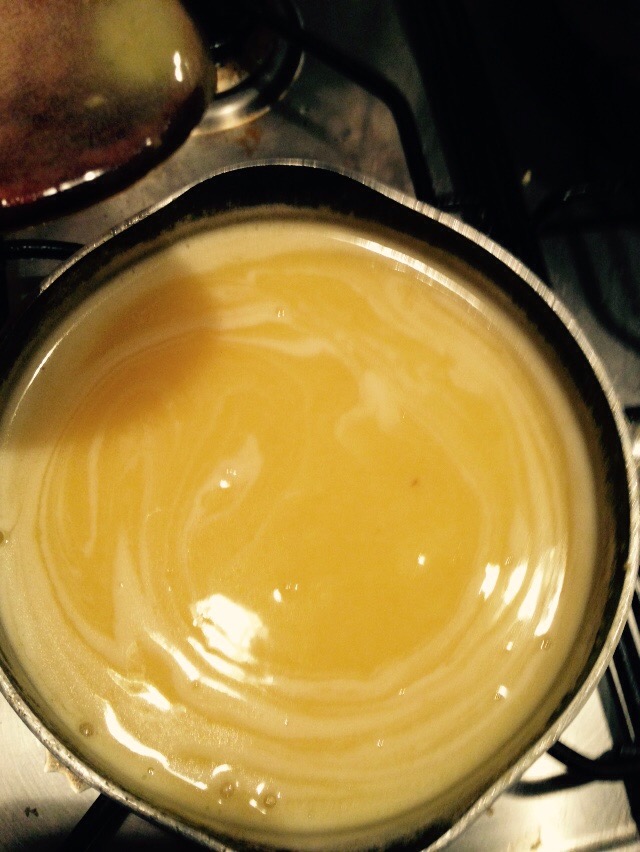 This recipe makes 3 250ml jars of lemon curd. I pour boiling water over the jars to sterilize them, it’s not exact but I’ve never poisoned anyone and this isn’t for putting up, it’ll last about 4 weeks in the fridge untouched but mine never lasts that long!

1) Prep your jars. I put them in the sink, pour boiling water over them and the lids and leave them there until the curd is ready. You can sterilize in the oven or by boiling them if you want. They should be warm not hot when you are ready to use them. So just bear that in mind!

2) Zest and juice the lemons.

3) Put eggs and egg yolks in a small saucepan. Add the sugar and beat until the sugar dissolves.

4) Add the lemon yest, lemon juice and butter and place over a very low heat.

5) Stir constantly, as the butter dissolves. (This is the bit where you have to take your time. If you are confident with custard type things then you can go a bit faster, but I don’t). After about 15 minutes the curd suddenly gets thick. That’s it you’re done.

6) Pour into the warm jars, wipe the outside of the rims and put the lids on. Leave to cool. (I use Kilner jars, if you are using them or mason type jars, as the curd cools the lids will seal, so be prepared for the popping sounds about 15 to 30 minutes later – I always rush into the kitchen when the first one goes, thinking that my kitchen is about to explode!) 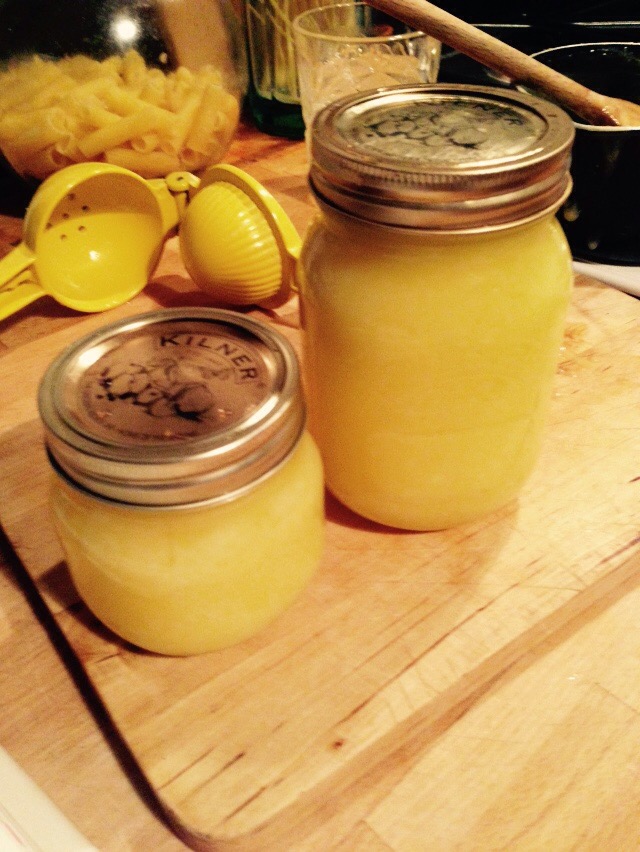 Erm...
View all posts by nicdempsey →
This entry was posted in Cooking, Food and tagged cooking, food, lemon curd. Bookmark the permalink.