After the joys of an extra day off, it’s back to the everyday world of work.

I have 8 more days of work until I’m on holiday and I’m trying to run down stocks, so I’m keeping the menu plan loose.

Breakfasts are apricot crisp, which is lovely and almost reconciles me to having to be awake in the morning, I have it with yogurt, which I doctor by adding some vanilla bean paste. 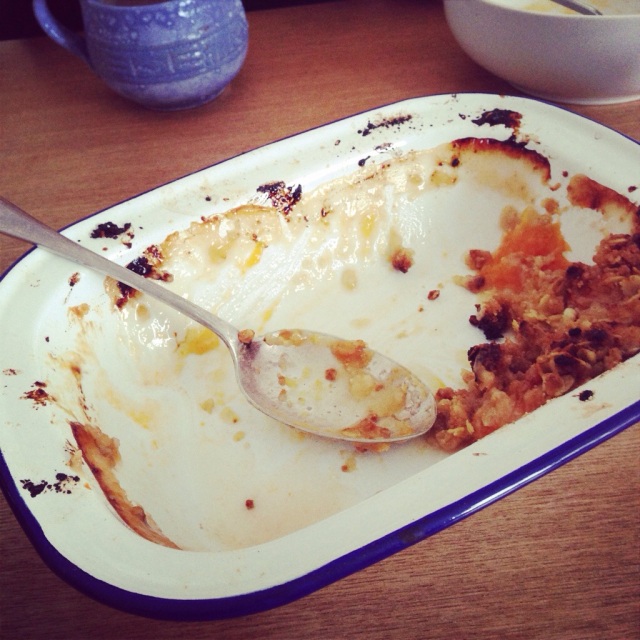 Lunches will be leftovers and or lentil soup

this farro one pot which is becoming a staple, the only major changes I make to this recipe are to use a whole onion, I don’t measure the tomatoes, I just use two packets of baby plum tomatoes (500g) and add four blocks of frozen spinach.

I’m going to try this recipe this week,but using brown rice because that’s what I have and with added feta.

Carrot and black bean tacos, because it’s been a while and I really like it.

On Saturday I’m possibly babysitting so I’ll probably just grab whatever is left in the fridge before I leave or eat soup!