My boss, has someone who supplies him with pheasants and before I started working for him, I mentioned the plot and he suggested we could do a swap of produce for pheasant!

Last week, he brought in a bird. There is something really weird about carrying a dead bird home on the train! 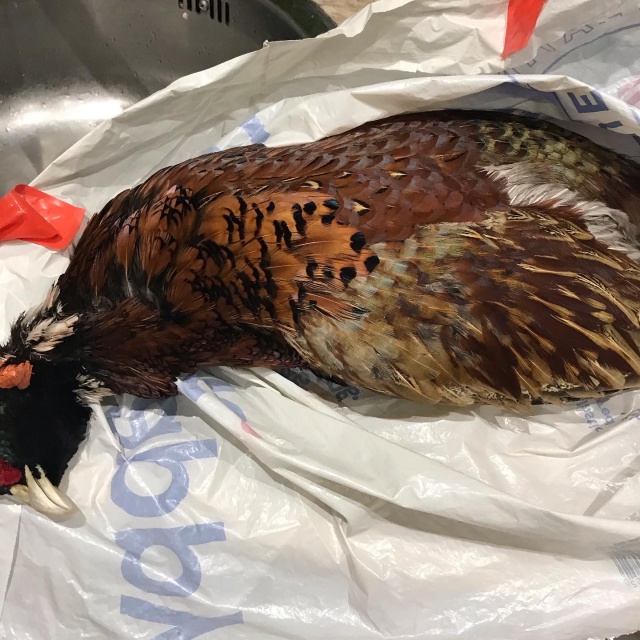 So I needed to pluck and draw the bird. I have a vague recollection of trying to pluck a chicken as a kid but I have never plucked a whole bird, YouTube is fantastic, I watched 4 ‘how to videos’ but actually doing it is harder and takes longer than you think.

As a meat eater, I do think it’s really important to acquaint yourself with what eating other animals really is about, we are so used to picking up our meat ready butchered and that leads us to forgetting what that means and expecting cheaper meat. Which means worse conditions for the animals that are that meat. So, I’m more committed to eating less but better meat and not divorcing myself from the reality of what that means.

I did it. Wasn’t the best job but not bad for a first go.

The plan was to have it roasted on Saturday night, however that didn’t go to plan, but it’s been used in various dishes this week.

Erm...
View all posts by nicdempsey →
This entry was posted in Cooking, Food and tagged cooking, food, getting real about where food comes from, pheasant, plucking and drawing a pheasant. Bookmark the permalink.