So I skipped this in August and I’ve stopped counting the TBC pile. In August, I also spent £40 on books, book tokens are the best present… 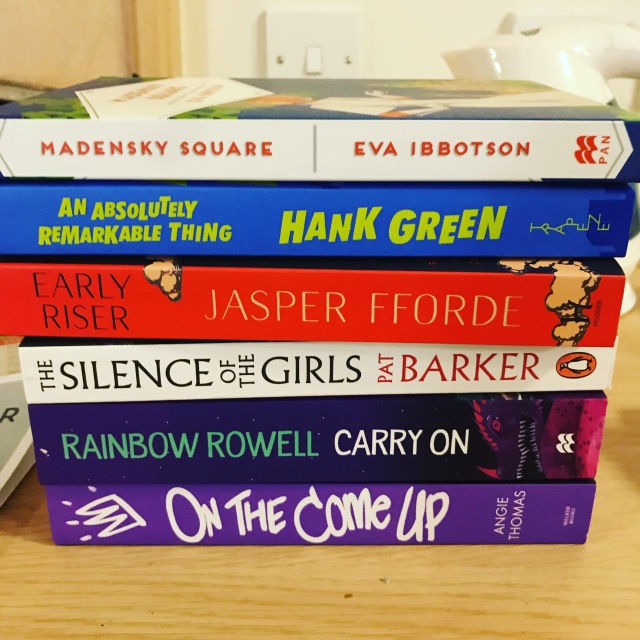 I’m really enjoying this series, no one really can be trusted and I’m really looking forward to the third.

In a Badger Way – Shelley Laurenston

Both of these were light relief. Laurenston just makes me laugh!

This was a really good end to the trilogy, a resolution but not an end 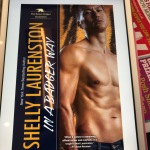 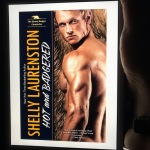 This was one of my birthday books, I’d read an article just before it about the five children’s books everyone should read.  For the record I’ve read 4 of the five, the one I haven’t read is the Eva Ibbotson. The comments are a delight but no-one mentioned Paula Danziger or Nat Hentoff who wrote books that I adored when I was a teenager but someone did mention that their favourite adult Eva Ibbotson was Madensky Square, which was one of hers that I had never read. So when I saw it in the Waterstones in Newcastle when I bought books using my book tokens from Ben and Laura (£40 on books, it’s my happy place!) it was a no brainer and I bought it. It was delightful. I described it to Ma as like Barbara Pym but nice (we all know that I have issues with Pym). The writing feels 1950’s-ish but the people in the books are human. Ibbotson was born in 1925, in Vienna and all of the books of hers that I’ve read seem to have a childlike yearning for Vienna and a London, as she may have experienced it as a child, her parents divorced when she was little and her mother was banned by Hilter in 1933, both of them ended up in London in 1934 and her father was in Edinburgh from 1928. This has a yearning for a time that may not have actually existed, but it feels like she remembers the kindness of all of those places and it shows in her books. Susanna’s life could be viewed as tragic but it isn’t because she engages with the life she’s in, even when she doesn’t want to. This book is about how community saves us and about how we find things to do, that are important, even when we don’t get our happily ever afters. One of the reasons that I loved it so much is that it’s about what you do when life happens so differently than the life you planned. It’s just what I wanted to read and I didn’t even know it.

Brazen and the Beast – Sarah MacLean

I loved this but there is a point in this series where I want to start banging heads because the men in them can be very dense!

This was lovely and fluffy and there was quite a bit of handwaving required but I loved the relationships in her book, not even necessarily the main couple but the friendships. In this there is a thing with the housekeeper and the architect that had me in fits.

This came out in August, so I’m calling it a birthday present and I really liked it. It wasn’t as angst ridden as the other one but I’m pleased that even without quite as much angst, Rai makes her characters real and the story believable.

Another of my birthday books, I love Fforde and this was just perfectly bonkers. We’ll always have the Gower!

Also a library book and a bloody cliff hanger, the next one is on order.

This is a much less dark book, than The Handmaid’s Tale. It’s feels more hopeful and that in some ways is a relief and some ways a loss. There is lots of detail and at the same time not enough. I have to admit, I’m more interested in the Marthas and the Econofamilies in Gilead than I am the others strata’s of the society..

I really enjoyed this, I hope there are more.

Beauty and the Bayou – Erin Nicholas

I love this sort of easy small town story because I know nothing about it and can’t get hooked up on the stuff that doesn’t fit!

This has been sitting on my kindle for two years, it was time. It was complete fantasy but fun for all that and it took up a couple of hours on a Sunday.

Seduced by a Pirate – Eloisa James

I bought this on 23 September 2017, and finally got around to reading it on Sunday 22nd September 2019! It’s an novella and I pretty much love everything that James writes (sure she hits the same notes, all the time, a HEA always comes with copious amounts of small children and parents are always involved with the care of their children in a way that aristocrats in the 1800’s would not be but I can handwave that because I right her writing so delightful!)

This is a book from my birthday book buying. I really enjoyed it but I’m still not sure what I think. It was remarkable and optimistic…