It’s Wednesday and I’m not entirely recovered from the workout the plot gave me on the weekend.

On Friday, I sowed sweet peas, leeks and celery and Ma made some decisions on which types of tomatoes, cucumbers and squash we were going to grow this year. 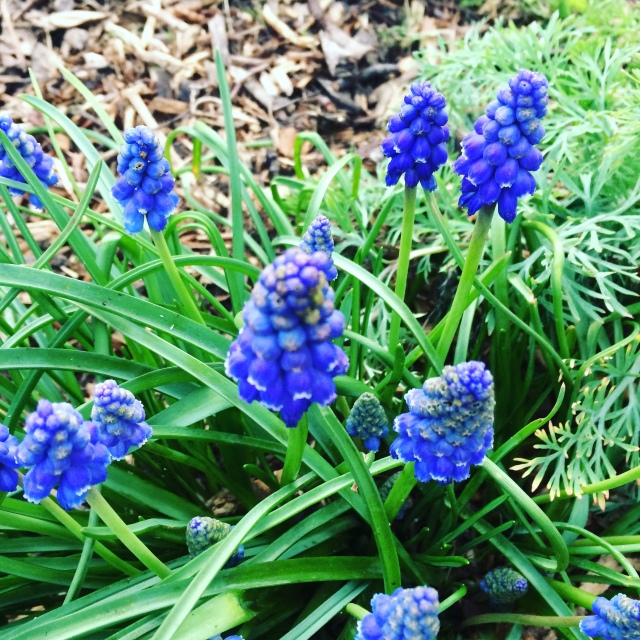 Saturday was the volunteer morning, so the plan was that I would go and help the volunteers and Ma would weed (and compost around the rhubarb). The focus of the volunteer work was to clear and tidy the communal compost heaps. We have six or so massive ones that we use for the green waste from the site and the Radbourne Walk, some plotholders have been dumping their waste too and they were over full and hadn’t been cleared in about three years. So we emptied them, sorted burning stuff from compostable stuff as we did so and wheelbarrowed out anything that was compost, which we split amongst ourselves!

By the time we got to lunch, I had three wheelbarrows worth of compost to sieve and we were all pretty tired! Ma and I then went and collected our lawn edging and some more compost for the new blueberry I bought on Thursday from Morrisons. So we have four right now and I’m waiting for the other two I ordered via Kitchen Garden!

I planted the blueberry in a bucket and we got on with building the new beds, only to discover that we had eight not ten! So we got one more bed built but we have one more to do next week. The new bed is not straight but by the time we realised, neither of us were up for re-doing it. Ma carried on with her epic weeding of the side of the plot, seriously, there’s nothing she can’t do if you give her a garden fork and a pair of scissors! And I started to sieve compost, and sieve and sieve…. 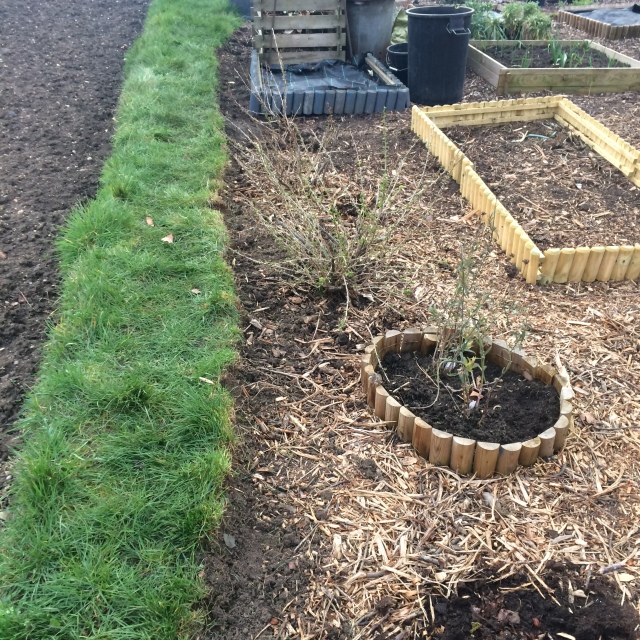 When Ma decided that we needed to remove a pole that had been sticking out of the ground left over from the raspberry framing we got rid of a couple of weeks ago, it was a welcome break but felt like digging to Australia and my arms and shoulders are still sore but it’s gone!

We did have a pile of things to burn but weren’t doing very well, when one of the committee members who was burning all of the non-compostable stuff from the morning, asked us if we wanted to put our stuff on it. Simon is the king of the bonfires and yes we really did! 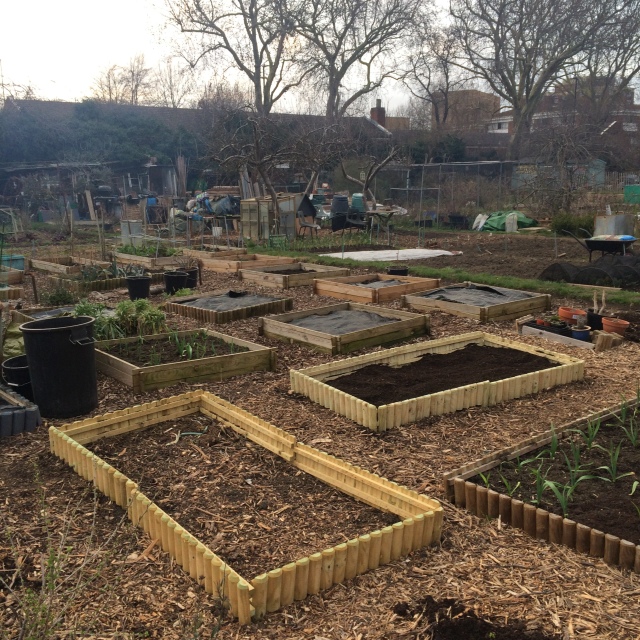 I got the missing two pieces of lawn edging on Sunday and they are on the plot waiting for the weekend.

So we have a tidy plot, almost all the beds we need and sore backs, it just needs to get a little warmer and I’ll be at the ‘plant all the things’ stage of the allotment year! The march list is looking longer but I’m feeling good about it.. 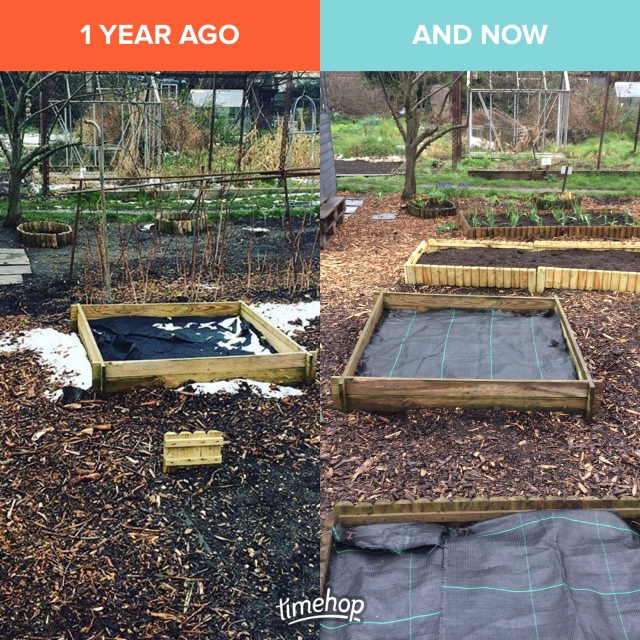