I was away last weekend so there wasn’t a lot of allotmenting happening. On Friday morning, I went up to refill the bird feeders and collect the raspberry canes I’d dug up for my sister in law. 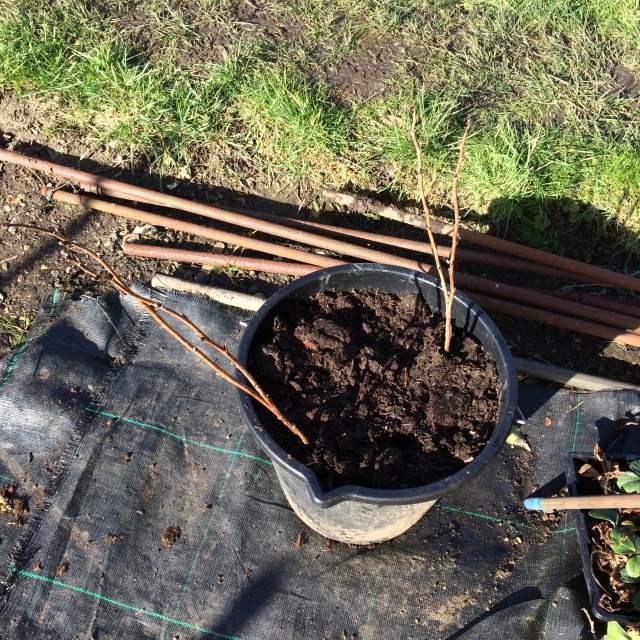 I also saw a couple of people and had a chat and found out that my allotment neighbour was responsible for the mystery roll of edging left on my plot!

The plot is in pretty much the same state it was in last week, minus the snow. 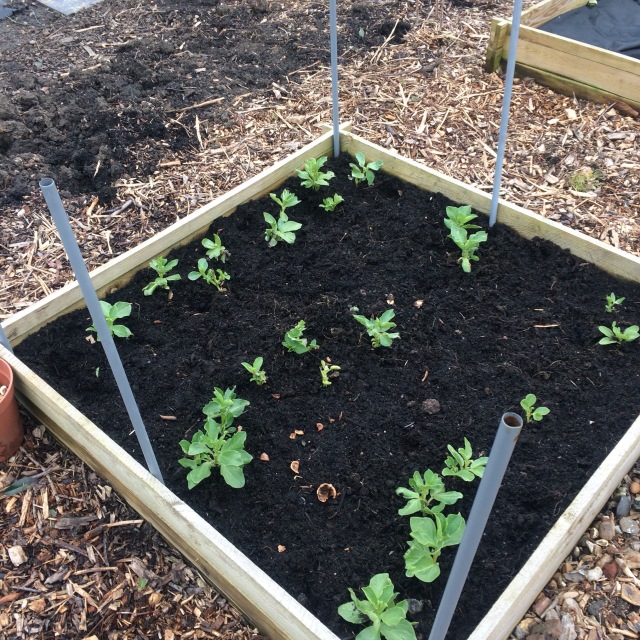 The broad beans look ok, although there are some gaps! As we haven’t planted anything else out and the cavolo nero and chard aren’t up to much, it’s all pretty much as it was.

The rhubarb is starting to push through and the chives and tarragon I planted last year seemed to have survived the winter and are pushing up. 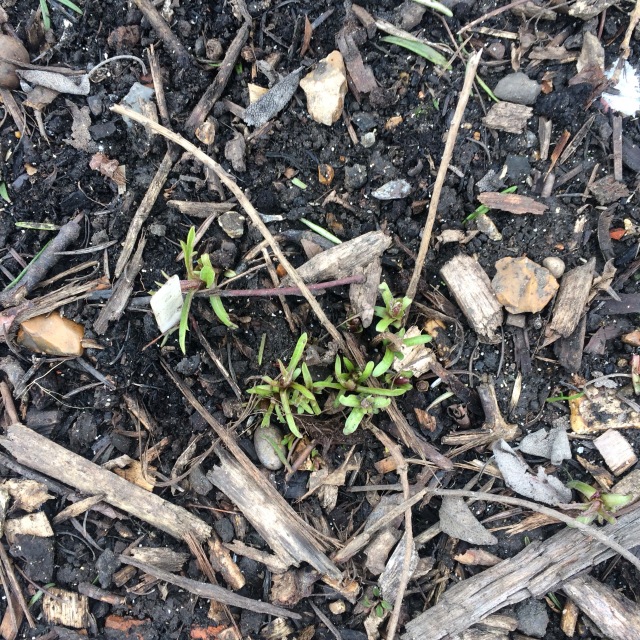 It doesn’t look like much but it makes me happy. I was comparing this time last year to now and everything is further behind this year thanks to the beast from the east. Every year is different, although every year Ma tells me to remember that we might not have a good year this time but every year I feel that, eventually, we do alright!

Also so far this year, I haven’t sowed a seed, witness my restraint! That all changes this weekend. The work list for April looks like this.

I’m going to wait and sow the summer squash in April along with the basil and more cucumbers, although I love the idea of planting the potatoes on St Patrick’s Day, I’m not sure about the weather, the BBC tells me that the forecast for the weekend is light snow, which means that there will be no sowing of anything and the sweet peas will be sown indoors, assuming the weather is fine, my current working plan is to do 2 this weekend and the rest over Easter weekend.