Posted on December 7, 2017 by nicdempsey

It’s no secret that my mother doesn’t like cooking. She can cook, but years of having to do it and having to cater to my father’s odd tastes (he used to insist on putting hard boiled eggs in a steak and kidney pie and everything had to come with potatoes!) killed any joy she may once have taken in it. Which means the last time she cooked for us as a family was back in 2013, when she got a new kitchen and had us all over for lunch. 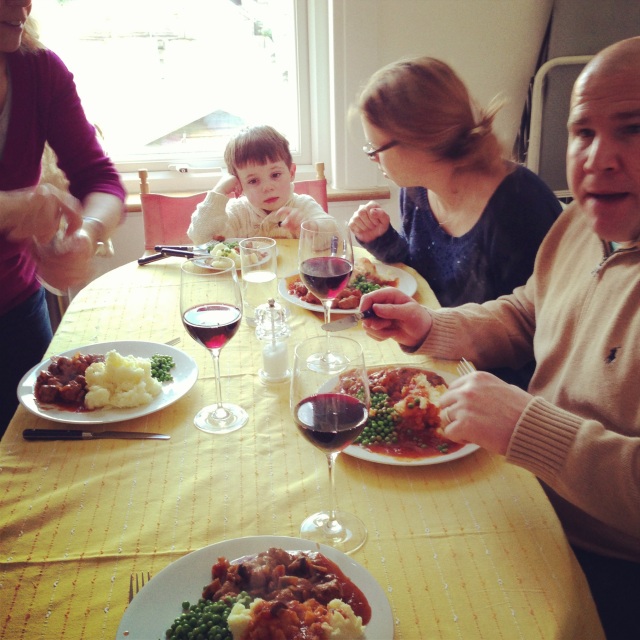 This is what she cooked, it was a staple of our childhood dinners and when I found myself with a gift of more than 30 sausages after the Halloween Pumpkin Walk, Ma’s first suggestion was that I could make this. what I don’t know is why we call it roly poly, I guess most people would just call it sausage stew.

We’ve eaten it with mash, with rice, with pasta, it’s really easy.

Ma talked me through how to make it, I cooked it in the slow cooker because we were due on the allotment but you could just add the tomatoes, oxo and mushrooms to the pan you browned the sausages in and simmer for 30 to 40 minutes on the hob.

1. Slightly role the chopped sausages and add them to a pan over a medium heat until browned.

2. Add the sliced onions and cook for about five minutes.

3. Put the sausages and onions in a slow cooker and add the tomatoes, OXO cubes and mushrooms