Last week was another 4 day work week, I’m not sure that I’ve worked an entire 5 day week this month, June is going to be a shock to the system.

Work had one focus, ridiculously complex minutes and getting enough of everything else done that I could take a 4 day weekend and not worry about leaving my colleagues in the lurch. So Monday to Thursday was get up, go to work, go home, eat, tidy, sleep, repeat. There was also some quality whining about First Great Western’s inability to run a train service. Late trains to the left of me, late trains to the right of me but on and on I went to work!

On Thursday night Ma came over and we ate pizza and I packed. I still loathe packing. Some people think it’s fun and exciting but I just get anxious about what I need to take, what I don’t need to take and the difference between the two. It’s usually ok but I am really bad for overpacking and although it was only two nights, it was Paris so cameras had to to charged.

Friday started earlier than usual and I was up at 5am and left the house by 6am. I’m a little bit paranoid about check in times even on the Eurostar. I figured that being there about an hour before departure would allow me to get coffee etc!

It was a ridiculously busy train, going to Paris never gets old but it’s not as glamorous as the adverts make out

This was not where we were sleeping, we were in the servants quarters or the transit flat as it’s better known to FCO staff and I was listed as the babysitter, which was technically the case.

Jo had an exam in the afternoon, while she was doing thatTabitha and I amused ourselves at the Jardin de Luxembourg. Jo joined us and Tabitha got a ride on the carousel, with added quintain game (although no small children got knocked off the horses by the target if they missed!)

We went to dinner with some of Jo’s friends at Chartier which is very French bistro and then home to put the overtired Ms T in bed!

Saturday dawned when we got our act together we went off on the hunt for breakfast and then to find a supermarket. After that we were tourists we went on the big wheel at the Place de la Concorde. There were some obligatory Parisian photos taken. 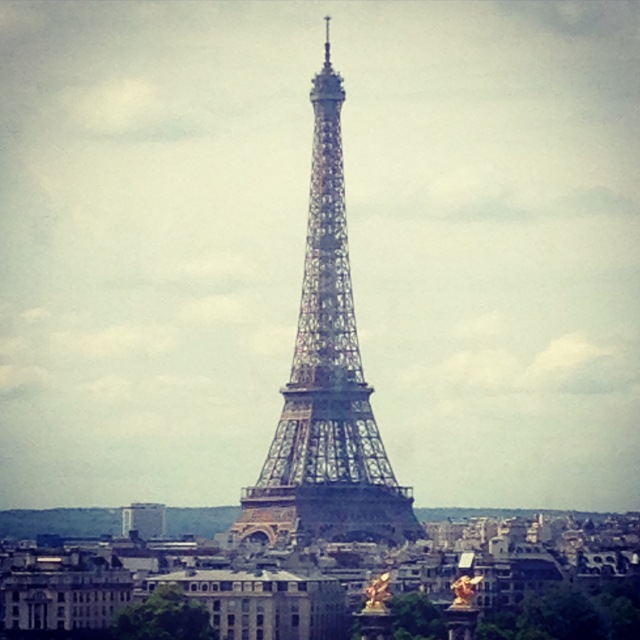 And some mooching around the Tuileries, we had a rest stop at a playground and I admired the flowers. Jo and I also spend lots of time being weirded out but the people not sitting on the grass. No instead they all sat on metal chairs on the gravel paths. The Tuileries is more manicured than Hyde Park but to our English eyes it was very odd! 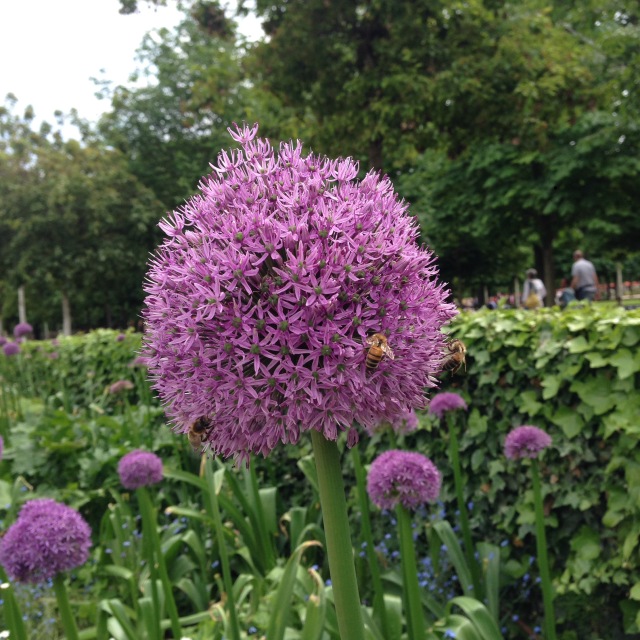 We crossed the river at the Passerelle Léopold-Sédar-Senghor and decided to try the Musée d’Orsay on Sunday instead because it was a brilliant sunny day, we wondered up the Rive Gauche to the Pont Alexandre III, had an ice cream and admired the many brides  (four) having their wedding photos taken on the bridge. 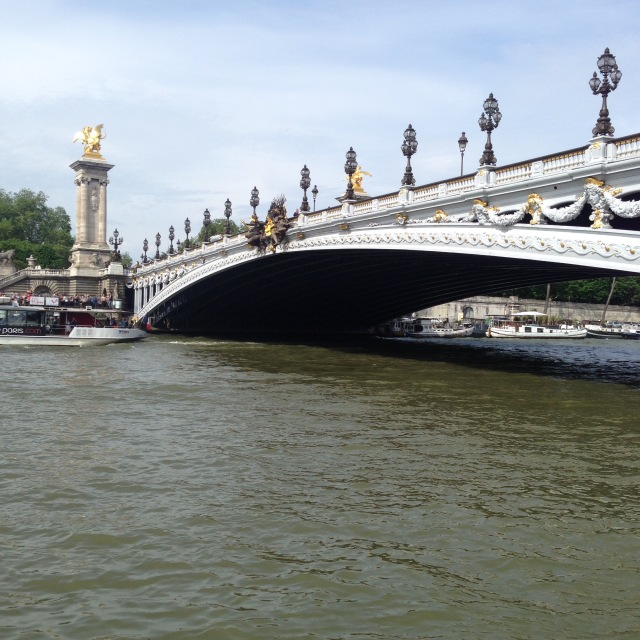 Then we came home. Jo got ready for her ball, Ms T and I stayed home!

On Sunday morning, I ate my favourite French food for breakfast…

Then we all ventured out into the rain.

We didn’t manage the Musée d’Orsay again and Jo was not keen on my suggestion of the Musée de l’Orangerie (one of my favourite museums in Paris) so we ended up in Le musée de la Légion d’honneur et des ordres de chevalerie which while not as easy as the others was much more interesting about French culture (although it had entirely too many portraits of Napoleon!)

Then it was time to walk back through the rain to our temporary home and write postcards and then head back to catch our respective trains.

It’s not going to be as easy to see Jo and Tabitha after August (at least France is on the same continent!) so I’m glad I got to see them (and Paris) this weekend.

Erm...
View all posts by nicdempsey →
This entry was posted in How I Live and tagged 16-22 May 2016, adventures in babysitting, friends, How I Live, Life Happened, paris, weekly recap. Bookmark the permalink.