The Allotment Adventure: So it begins

The day after I came back from holiday I went to look at an allotment. 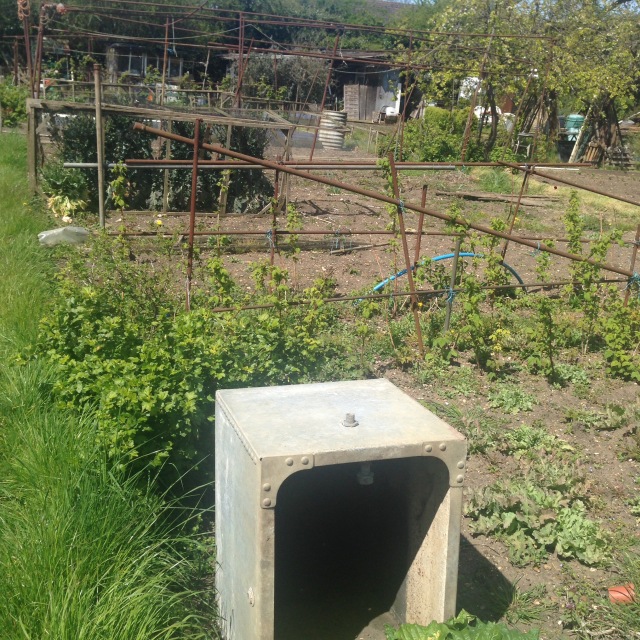 Last Saturday, it became mine.

It’s all been a bit of a shock because I was expecting to be on the waiting list at least another year and that it would be completely overgrown. I lucked out with this one though. It’s a half plot and the chap that had it before had the whole of it, he’s been struggling with it and so decided to give up half. Which means it’s it pretty good shape. There is a victoria plum tree, raspberries (that are nearly as old as me!), a rhubarb plant and some gooseberry bushes already there. There is also borage and poppies and a lot of couch grass. I was dug over last autumn so it shouldn’t take much TLC to get it back to a state I can grow things in. Having said that, weeds grow so I need to get my act together and think about what to grow and how to organise it pretty quickly before they take over.

Does it sound like I’m moaning about it? I’m not it’s a good problem to have but I thought I’d have another year to save some money for tools and things and more time doing weed control and getting a feel for the place before I needed to make decisions.

Although I’ve had an allotment before (for a year), I’m not a natural gardener, I grew up in the city without a garden but I like to grow food and this is something that even though I’m not very good at, I’ve always wanted to do. It might just be genetics coming through, my great grandad was a gardener (which is why my Grandma was called Iris, they were flowering when she was born – well that’s what I was told!) and my uncle loves his garden. Whatever it is, I’m at that stage of life where something that encourages me to be active and outside can only be a good thing.

I’m basically terrified. My challenge for this month, is to clear and plan and think about what I can grow, while spending as little money as I can because it’s a really tight month money-wise. The allotment is probably going to be like my flat, it’ll be mine and I’ll do the bulk of the work but I’ll have help to make it my space. I asked Kathy and Adam if they could lend me a fork and spade this month and they went one extra and bought them for me! 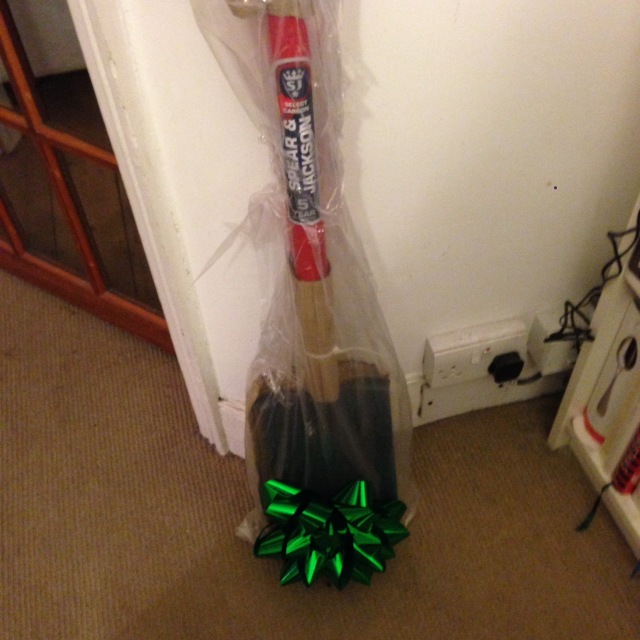 They also bought me a watering can and a hand fork because I couldn’t get them on Saturday! Sue volunteered her mum’s old tools as they are clearing her house (although as yet I have no idea what she has).

The first thing to do is turn over the earth and weed. Then work out were to put things, what to leave, what needs clearing and the difference between what jobs can be done now and what need to wait and what other equipment I’m going to need. Fruit cages for the gooseberry bushes will probably have to be very heath robinson this year because cages are expensive!!

We started on Sunday. Ma is good at weeding! I didn’t take a photo of this patch before I attacked it with a fork, this is the after.

There are some stray potatoes, leeks and onions knocking around.

This year, I’d like to grow tomatoes, basil, sweetcorn, courgettes, salad leaves, beans and peas. I’ve started some dwarf french beans, courgettes, marigolds and basil off over the weekend. The runner beans and peas and sweetcorn will go straight into the ground and I’m planning on buying tomato and maybe cucumber and squash plants. I’d like to set up a permanent herb garden and plant lavender. I’m also going to throw some wildflower seeds up near where the poppies and borage are.

I’m not absolutely convinced that I’ll have a completely organic garden and I do want to encourage bees and butterflies and there are a lot of people coming and going with children and dogs so the less poisonous any interventions, the better, so nematodes and slug bait rather than slug pellets and companion planting is my goal.

Longer term, (much longer term like by the time I retire!)  I’ll like raised beds, a strawberry bed, some blueberry bushes and maybe some other soft fruit. More than one rhubarb plant, an apple tree and eventually maybe asparagus. I’d also like a shed, a greenhouse of some description and to learn how to compost.

The worst it can be is a disaster but if anyone has any advice about the cheap gardening (an oxymoron if ever there was one!) I’m all ears!

Erm...
View all posts by nicdempsey →
This entry was posted in allotment, Gardening. Bookmark the permalink.