This week’s is a complete departure for me because it’s got vodka in it. I’m not a big vodka drinker and didn’t have any vodka at home until Christmas, when I got given some. This vodka is special, it’s Black Cow and it’s made in Dorset from milk. 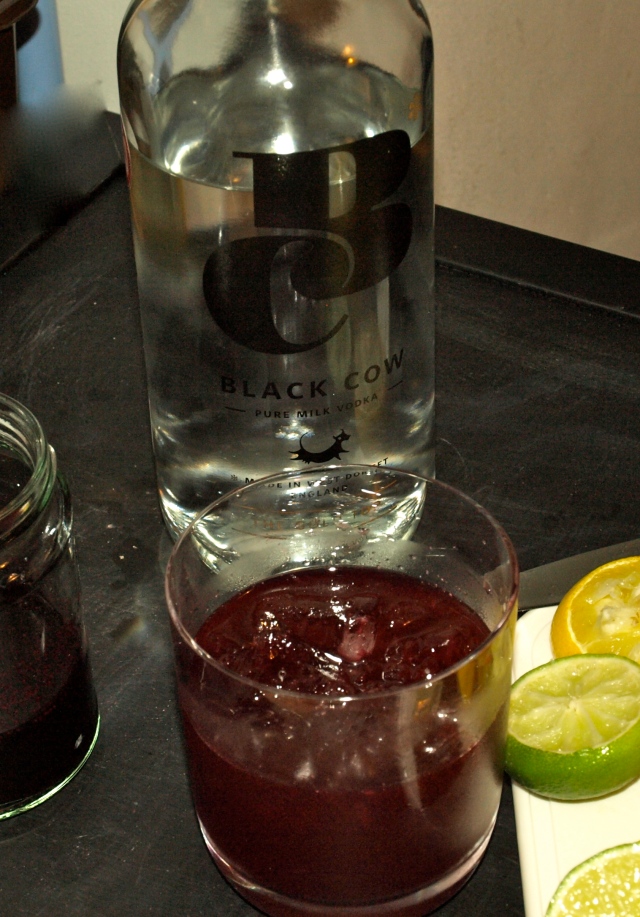 Honestly, I can’t tell you that it’s better than x vodka because it’s smoother or whatever, I don’t know enough about how most vodka tastes and I’m not exactly a supertaster.

But anyway there’s a bottle of vodka in the drinks cupboard and there was a jar of blueberry syrup from making the blueberry granola breakfast pots at the weekend. 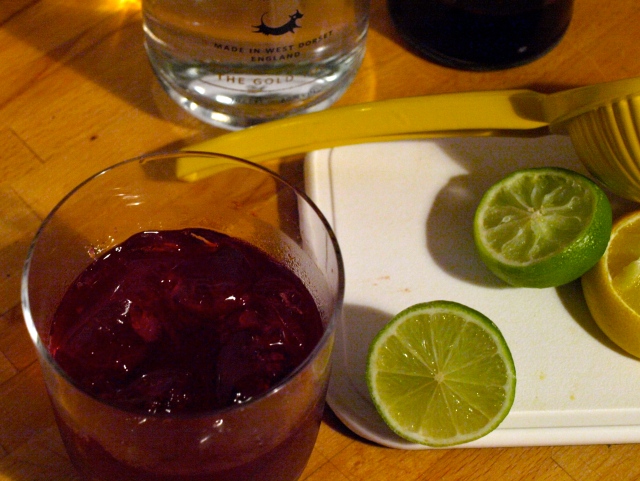 I’ve been drinking it a like squash, diluting the syrup with water and adding a squeeze of lime juice, which tasted pretty good. Then I added booze! I like sour tastes and for me this works better with a little less syrup but most other people prefer it at the levels below, so feel free to play with the amounts. 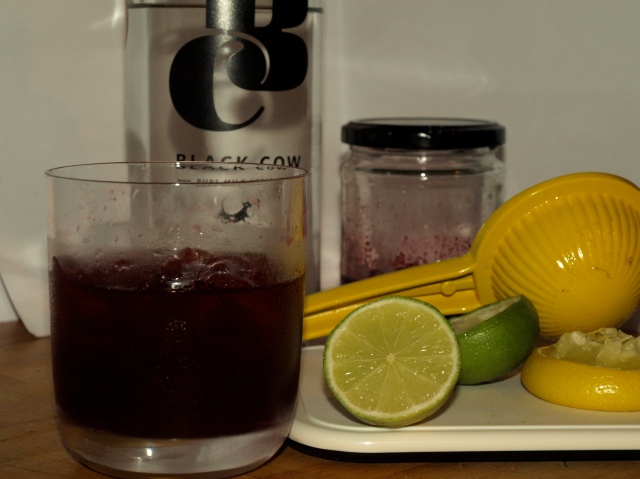 Put all the ingredients in a rocks glass, mix, add ice, drink.