After the excitement of the Open Day, this week it was time to get back to work, those of you following along will remember that last week, I had a big long list of stuff to do. Here is is in all its glory

as you can see we didn’t do much of it. We were out for about 5 hours, we did work, we watered and fed everything. We cleared the peas and took the bucket tomatoes outside.

We weeded the top of the plot and admired the mystery plant which is developing fluffy red flowers. 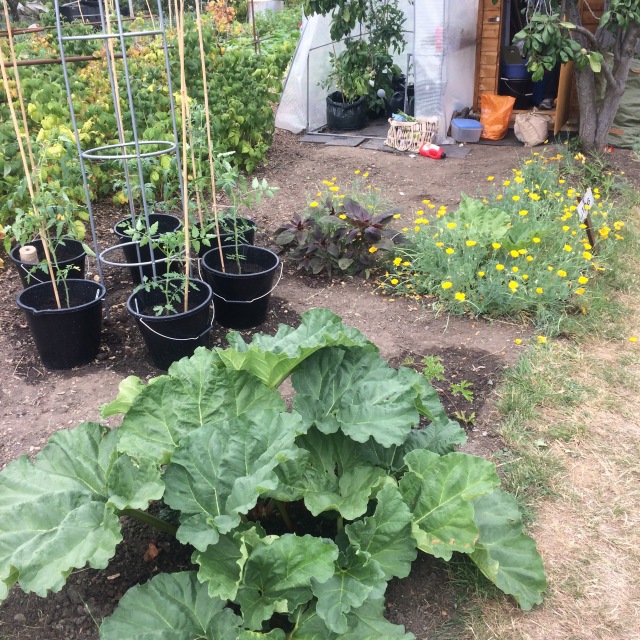 I loo rolled the second leek bed in an attempt to prevent the fox using it as a sunbed!

Over the week and again on Sunday I checked the tomatoes and removed lots of leaves. It looks like we’ll have quite the harvest of tomatoes, I’m both excited and apprehensive. 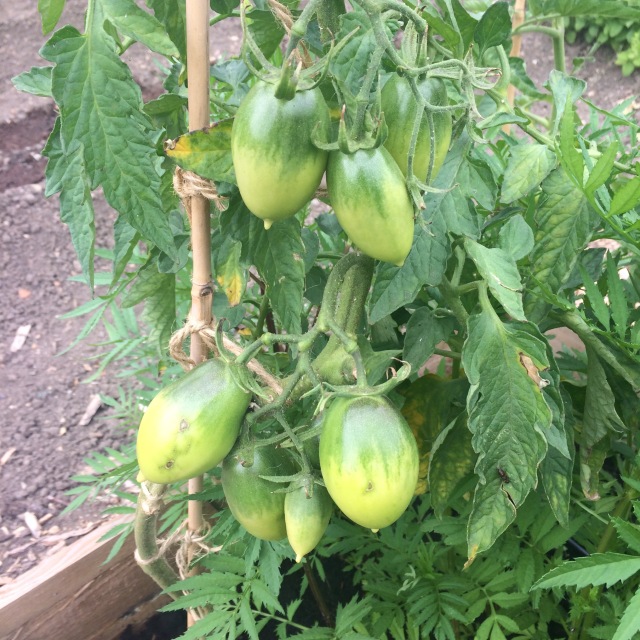 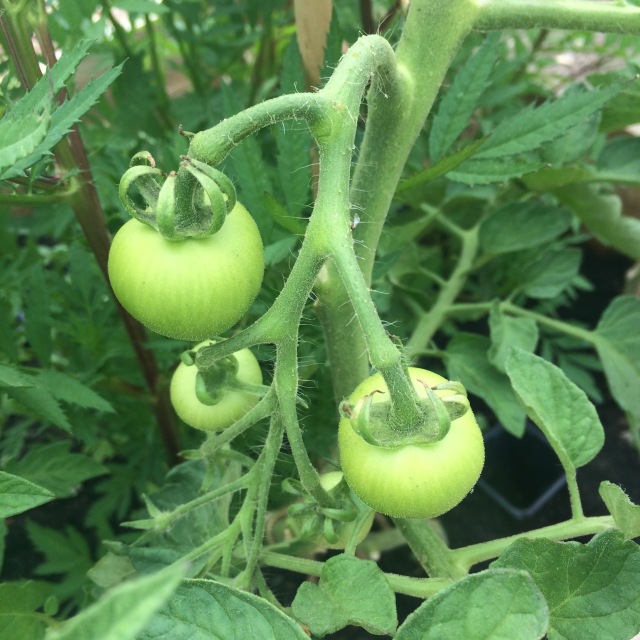 I also had to cut back the borage. It’s infested with blackfly and I was worried about the squash. The baby blue hubbard squash is doing really well but there were some signs of blackfly so I removed those leaves and cut back the borage. This year has been crazy for ants and thus blackfly, I think it’s the lack of rain and mild winter.

Also doing really well is the butternut squash I planted on the remains of the rubbish heap, it’s a bit of a monster and look squash…

We spent a lot of the time we were on the plot, harvesting. The potatoes all came out of their sack (just over 2 kilos), the french beans were ready, there were cucumbers (taking it to five for the week) it felt amazing. 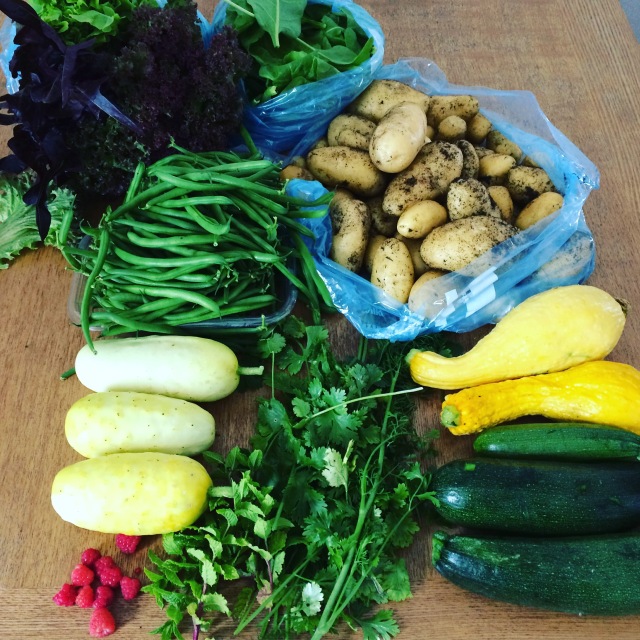 And on Monday morning, a photo of last year’s harvest for this week popped up. I knew that the raspberries were earlier this year and gooseberries and rhubarb have been bad but overall, I feel that there is a lot more going on this year!