Cooking as a chore

Yesterday, I went to see Ryan and Claire and deliver a baby bath and some carrot cakes. We talked, Ryan was cleaning the kitchen and I told him that keeping two bottles of champagne upright and exposed to sunlight for over two years wasn’t doing it any favours and it probably needed to be drunk sooner rather than later. And that once opened, fortified spirits should be kept in the fridge not the counter and why did he not know this, had I failed as a godmother?

We talked about other stuff too, cooking and who cooked and how and Ryan talked about how it had taken him a while to figure out recipe instructions, like how much a pinch or a handful actually was. And what the hell was a medium heat. How long should you leave steaks out of the fridge to reach room temperature? Things that I don’t even think about but that Ryan who has been feeding himself for a good 10 years now is only just beginning to learn because he is only just beginning to cook from scratch. 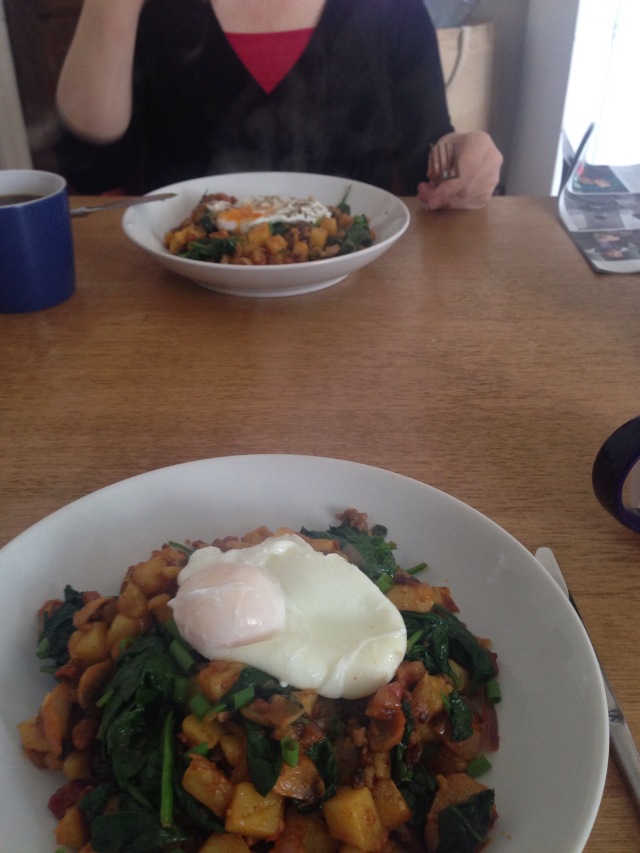 Which lead me back to this and the importance of cooking often to get a feel for what works for your cooking and eating style. I haven’t been cooking much new stuff recently because there is nothing like having an upset stomach for putting you off creative cooking but I have been cooking, even if that was just rice and making a loaf of bread. I was struck this week, looking into my fridge and not wanting to cook that my fridge was full of ingredients but not stuff I could eat right now and call a meal. So I cooked mushrooms on toast because that was quick, easy and there wouldn’t be a lot of washing up. It took about 20 minutes, longer than a microwaved ready meal but not a lot of time. 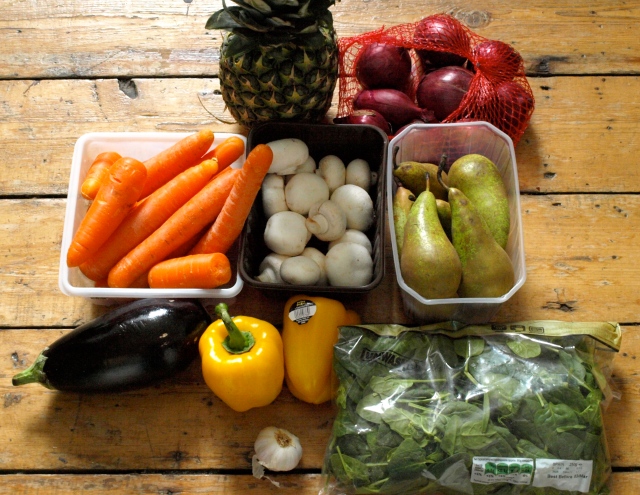 A lot of my shopping, cooking and eating is determined by my low budget and high amount of time I have. Some of it is because I like to do certain things (making marmalade doesn’t make me more virtuous than people who buy it, I enjoyed the process) and some of it is about what seems right to me (I have never used a cake mix to bake with because it seems like cheating).

Having said that, I think that I cook because at a formative stage in my life, I saw my mum do it everyday and that’s really where we learn to cook. It was years before I felt confident making a white sauce because that wasn’t something I remember seeing someone do at home and it took me a while to get a feel for it, but I always knew the fundamentals of peeling a potato because I saw Ma do it all the time. What we see happening as children, forms the adults we become and is true in all sorts of ways but especially around food. Obviously we change and develop our skills and tastes and things change according to our circumstances but I can still see a clear line from the food I grew up eating and the food culture of my childhood to the way I cook and eat now.

I’m interested to know if it’s just me, or if other people feel they inherited (or didn’t) a cooking style from their childhood.

Erm...
View all posts by nicdempsey →
This entry was posted in Cooking and tagged cooking every day, cooking like my mother, food education, inheritance, random thoughts on cooking and eating. Bookmark the permalink.