Advent – Preparation and Change for 2016.

I’ve been using Advent to reflect on how I felt 2015 went for me. Rather than focus on the goals I set for 2015, this is more about the other stuff, the things that touched a nerve or places where I recognised that the issue was emotional and couldn’t be changed without some acknowledgement of that. The last two weeks have been about money and relationships, this week is all about health.

It’s worth separating this into two strands, mental and emotional health and physical health.

First mental and emotional health. I feel that I’m doing well here and that 2015 saw me in a really healthy place. I actually covered some of my ‘weak’ areas in the focus on money and relationships, I do have a tendency to isolate myself and to carry on as if nothing is wrong but generally my moods are even and I’ve gotten really good at recognising what’s going on with me and adjusting accordingly. This autumn was the first time in ages that I didn’t feel totally bent over due to SAD, which I thinks was because of the 6 weeks off to recover from the osteotomy and while I can’t do that every year, it gave me some perspective on it which I will try and carry into next year.

I guess the biggest change for me over the last 4 or so years is that I’m both happy and content. Sure, life isn’t as I imagined it and there is room for improvement, but I don’t feel that I’m doomed and I’m appreciative of the life I have. Part of that is knowing that it could be so much worse, part of it is that this year I made more of an effort to help others and get more involved in some different things, the allotment volunteer day, using one of my CSR days to go and help sort out the foodbank, babysitting and helping friends when I could.

Overall my physical health is pretty good, I eat well, my blood pressure is good for a woman my age (and really good if you factor in my weight!), my cholesterol levels are ok, I’m active and walk a lot. Introducing the 35 minute walk on the way to and from work, has also had a positive affect on my mental health too, as did the regular Body Balance classes that I did earlier in the year.

One of the lovely things about the osteotomy was how positive the health professionals were about my general health, they were expecting bad things and apart from my weight I was within all the normal parameters. My weight may become more of an issue as I age though and before the osteotomy, I was just at the cusp of being uncomfortable about it. Oddly enough the six weeks stuck indoors while my foot got better has been instructive. I eat good things, I just eat too much of them. Portion size and boredom eating are my issues, six weeks on the couch helped me reset my eating a little and that needs to continue into 2016.

Despite being generally well, at the beginning of the year, I had the cold and cough that would not die and turned into a chest infection and a whole week off work and this year I’ve taken more antibiotics than I have in the previous 5 years! It seemed like I just couldn’t get better and my breathing has been wheezy for a good portion of this year. According to the doctor, I haven’t been alone, it’s been a bad year for coughs and colds, I notice that I seem to have a couple of years when I have really bad reactions to infection (coughs, tonsillitis, chest infections etc) and then go bad to just getting colds. So I can only hope that 2015 marks the end of the bad reactions!

Migraines are the other major recurring issue for me. I don’t like to talk about them in case it makes them worse. The thing is that I know what causes them, I get them about the same time each month and the doctor doesn’t think there is much I can do about them, basically I have to wait them out and in 10 or so years they’ll stop (no HRT for me!). Meanwhile, things I do notice, they are worse in winter (well isn’t everything) and when I don’t exercise. Worse is this scenario means harder to fend off and longer. Alcohol doesn’t seem to make them better or worse but sugar and caffeine can help stave them off when they are imminent. 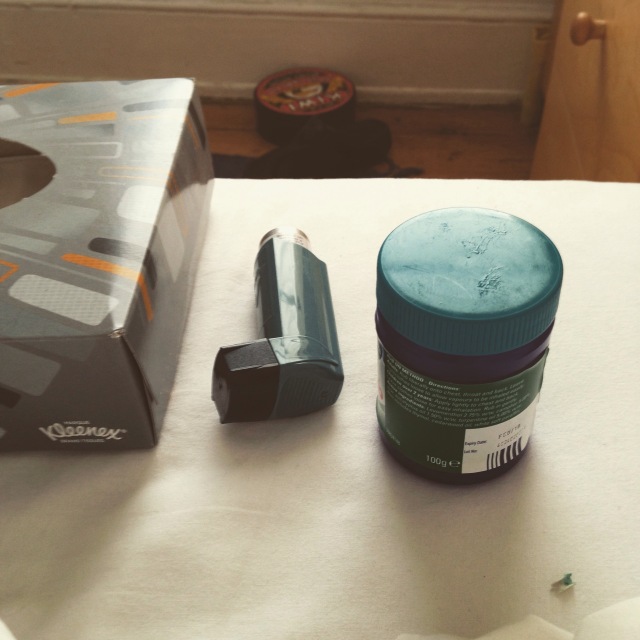 The final health issue this year has been the osteotomy and recovery. It’s been the major issue in the last bit of the year. It wasn’t nearly as painful as I expected but I am and continue to be annoyed/surprised/frustrated by how long recovery is taking, while at the same time being impressed at how well the scar is healing. My foot is still swollen and walking is difficult. I’ve had to cancel my gym membership until July and accept that I will not be resuming my walking in January as I had hoped. 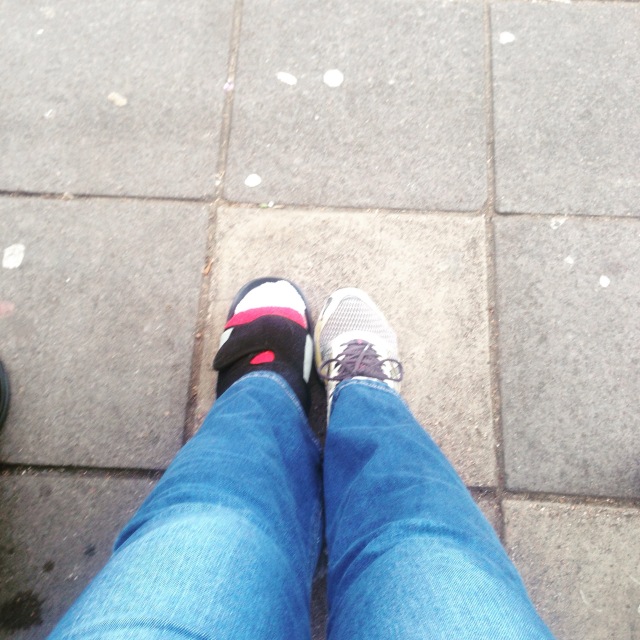 So overall, 2015 was a rough year for being ill but I’m not feeling too down about it because mentally I’m in good shape. I have a fair idea of what I need to do in 2016, which starts off with rehab for my foot, regular and consistent exercise and not eating more than I need.

Erm...
View all posts by nicdempsey →
This entry was posted in Goals and tagged Advent, change, diet, foot, health, how I live, osteotomy, Preparation for 2016, SAD. Bookmark the permalink.