Well last week was a surprisingly social week. I generally don’t plan social events for school nights but it turned out that this week was all about catching up with some of my oldest friends. I met Christelle and Mike for an after work coffee and catch up on Monday, went to dinner with Sarah on Tuesday and had lunch with Jo on Wednesday. These three women are the friends that I’ve had longest and trust most. However, with Jo being in Africa for the last couple of years, Sarah qualifying as a therapist and Christelle and I being completely unable to organise our diaries, it’s been a while since I’ve seen any of them. The nice thing is that we’ve known each other so long, we just slip back into the groove of our relationships like it’s not been months since we’ve seen each other. Our circumstances change but our friendship doesn’t.

Friday was a morning in the office and then team building in the afternoon. Team building was lunch followed by an increasing bizzare ‘treasure hunt’. 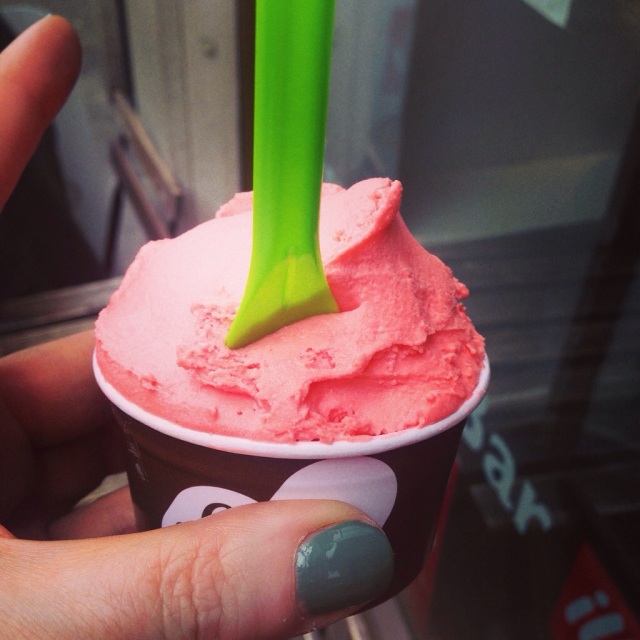 The weekend was quiet. After my rude awakening at 7am

I got a 7am phone call from traumatised goddaughter who's reading Unmade. @sarahreesbrenna you destroyed my nap, you are a terrible person!

I did very little…

I had list of things that I needed to do today. Instead I finished a book, made bread and cleaned the bath. I'm calling it good..

Ma came over for dinner Saturday evening and on Sunday was another very quite day involving lounging around and knitting. Although I did have a nice long chat with my brother.

And we’re back to Monday and work. Man, that comes around quickly.

Erm...
View all posts by nicdempsey →
This entry was posted in Family, Friends, Godchildren, How I Live, Ma, Thankful, work and tagged Last week, recap. Bookmark the permalink.