Happy Friday, it’s been a busy week, I’m glad to get to the end of it, especially as today I’m on holiday. I’ve been up since ridiculous o’clock, I still think I suck at packing but I’m as done as I’m going to be.

1) Food banks and why they are wrong. Or what the Prime Minister doesn’t understand.

2) Why is the coalition making a public spectacle of picking on the poor? I think because they can and the Daily Mail likes it.

3) Gary Younge on President Obama. Which reminds me, I need to borrow the Johnson biographies from Ma!

4) Ikea are discontinuing Expedit shelves. Funny, Ryan and I were talking about Ikea furniture the other day. He used to tease me that my house looked like an Ikea showroom, now my house doesn’t but his does. It’s what you do in your 20’s I think! For the record, I don’t own any Expedit shelves, mine are all Billy!

5) Zoe Williams nails the issues with the Daily Mail’s ‘story’ about Harriet Harman and Jack Dromey.

6) Who really benefits from Housing Benefits. The issue of housing in this country drives me bananas. For those of you who think that living on benefits is the easy option and the money goes straight into the hands of the claimants think again. I did write about how I lived on benefits and if it hadn’t have been for my mum, I’d probably be homeless.

7) This on the plans for longer school days made me a little bit chippy. Her argument makes no sense. Children of working parents do spend more time in the week out of the house than in it, always have done. After school clubs and summer holiday play centres were a part of my childhood. I left the house about 7.30am and some days didn’t get home until gone 8pm. Generally, I walked with Ma to Carol or Debbie’s, then about 8.30 walked to school with the other kids, school was 9ish to 3.30ish, then ‘play centre’ at school until 5.30-6pm. At that point if Ben or I were at Cubs or Brownies, there’d be a mad dash for dinner etc and back to school. I don’t think that it’s any different for children now, except that because after school club costs about £25 a week go to a childminders and/or grandparents. Play centre was fun, there were games and activities if you wanted or if you wanted to sit in a corner with a book, that was find too. It was funded by ILEA, so there wasn’t an issue of whether Ma could afford it, I think you had to pay if you wanted ‘tea’ which was a drink and some biscuits and it cost about 25p. It was what I did, lots of kids with parents at home who didn’t have to go, asked to go because kids like structure and learning playing with their friends. I learnt to sew and take photos and make candles and cook stuff and did ballet because they were activities at play centre. Also it’s worth pointing out that a lot of the kids whose families were worse off than we were went because if you were entitled to free school meals during term time, you’d get them at play centre during the holiday. Yes, children need downtime and no they shouldn’t be over-scheduled but an affordable way of providing working parents with childcare and children with things to do and the opportunity to play with friends is a good thing. This is not a ‘working class parent bad, middle class parent good’ issue, 10 hour days are a reality for most children of working parents and having the school open after school hours and providing places for those children to be is something we used to have until the Tories took it away. It’s still a good idea but it costs money, I have no doubt this is money that that the Govt don’t want to spend so the idea is going nowhere.

8) The pain of moving all your books. We’ve all been there… 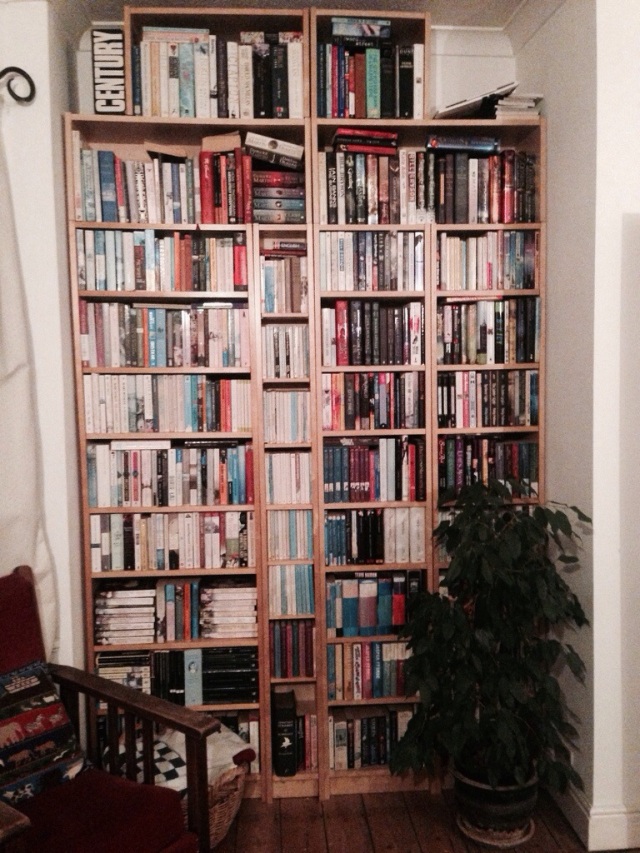