Allotment Adventures: What I sow direct

About this time of year, I get itchy, all the amazing gardeners I follow on social media have amazing plants growing and I’m a tiny bit jealous and feel behind and like I’ll never catch up. But the harsh truth is that I  don’t have the space or the windowsills to be growing everything in doors. Just looking at the list of things I do sow indoors (tomatoes, cucumbers, basil and, summer and winter squash, I’m looking at 100 odd pots of plants that will probably end up slightly too leggy anyway.

The first year I had an allotment, I sowed French beans indoors and planted them out, it was a disaster and everything died. To avoid this I now so a lot of things directly and find that for me it works better. What about them being eaten? Well to be honest it hasn’t happened yet. I do have to cover my beds with nets or fleece to stop the foxes digging them up but I haven’t found (well not yet anyway) that they get eaten by slugs or mice…

So here’s the list of what I direct sow.

I know that I could plant them earlier to eat sooner but for the effort it takes, it’s easier to sow them straight in and not worry too much about my poor attempt at spacing them out. 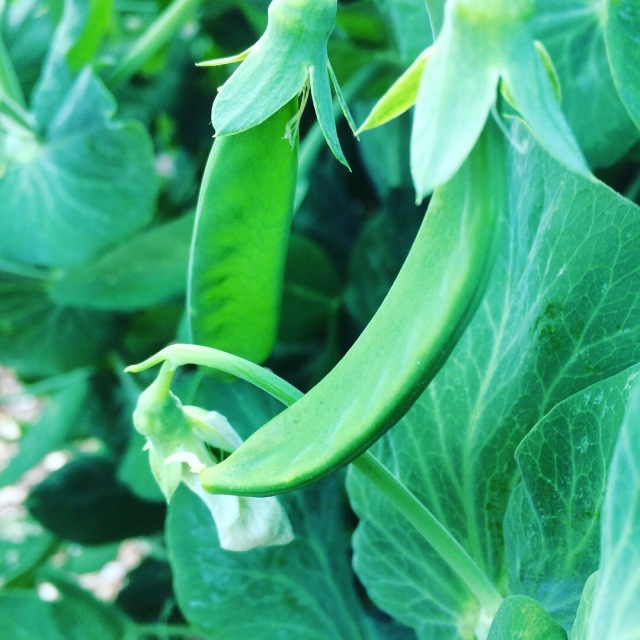 I did think about multi sowing them indoors as suggested by Charles Dowding but I missed the boat and just sowed them direct last weekend. The dis-advantage of sowing them like this is that you do have to thin them but as we use beetroot tops in the same way we eat spinach or chard, it’s extra greens at a time when the overwintered chard is usually finished.

Carrots don’t really like being moved so why move them? This is the other crop that I have difficultly sowing directly but the thinning aren’t wasted, they usually make the first batch of pesto, which we either eat or freeze for the winter

Because I sow these with the carrots, they get sowed at the same time!

I’ve never sown these in pots but always straight in, I just eat the thinnings when they need to be thinned

I usually sow these at the end of May, by July normally a week or two after we’d done with peas, we’ll drowning in beans…

I grew sweetcorn and borlotto beans for the first time last year in a three sisters bed. I sowed the sweetcorn in late May by itself and then about 4 weeks later sowed the beans. The beans use the sweetcorn as a growing support so they need to be a little behind the corn. It was a great success last year so let’s see if I can’t repeat the feat!

We sow in July/August, to overwinter, usually on an old pea or bean bed. This year it’s been phenomenal and we still eating it.

These all go straight in the ground. The coriander seeds all over the place and this year I just left it alone and it’s still growing. I’ll probably sow some for harvesting for the freezer (I make up the required amount of coriander/garlic/ginger for chana masala and freeze it for the winter!), the Parsley usually grows straight through to January and freezes pretty well too. The dill is grown in the cucumber bed. The borage more or less sows itself nowadays but I do sow some in a tiny bed

I love marigolds and I sow them in one of the tomato beds when I plant out the tomatoes in May.

Erm...
View all posts by nicdempsey →
This entry was posted in allotment and tagged allotment adventures, plotlife, sowing direct. Bookmark the permalink.

1 Response to Allotment Adventures: What I sow direct