Allotment Adventures: Ma Does All the Work

This weekend was the Ealing Half, so I was handing out water and left Ma on the plot with a packed breakfast, a flask of coffee and a worklist. She was amazing. We called time on all the summer and took the remaining winter squash in (including Oli’s tiny pumpkin – we’ll do better next year!). Ma also cut down all the tomatoes and I have tons of tomatoes ripening at home, time to make some chutney, I think!

It’s really funny how different the plot looks without my tomatoes.

We also emptied the compost from the buckets and pots and found grubs, which I left out for the birds and cleared up the rhubarb.

Disappointingly, we found that one of our kale beds has cabbage aphids. Which I’m not happy about. We’ll treat with mint tea and fairy liquid and scraping the buggers off and if that doesn’t work then I’ll open the bed for the pigeons. I’m also going to do the same to the other kale bed which doesn’t appear to be infected and get some mesh netting to protect them. 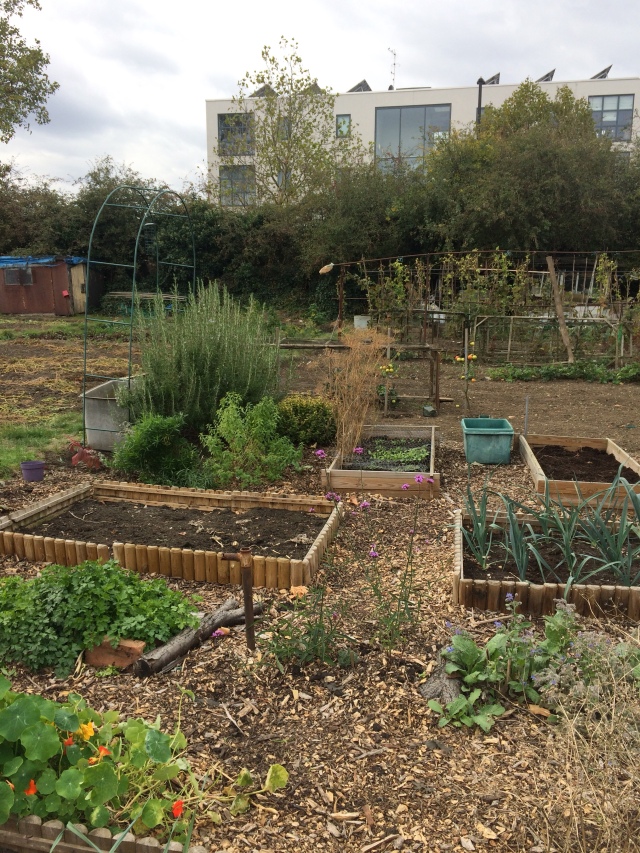 The work to be done over October and November is all about winter preparation and it’s a long list.

3 Responses to Allotment Adventures: Ma Does All the Work