Last weekend the sun came out to play for a bit, it’s gone away again but over the weekend and on Monday and Tuesday, London was sure that Summer had finally arrived. Ma and I went up to Watford to see the family and carried away by the weather, we went out for lunch at the Artichoke and sat outside! Oli rescued his Grandma from dragons and got his Dad to tickle him.

Ma was driving so was drinking ginger beer and waitress suggested that she try a Rock Shandy. I had never heard of it and on discovering it was half lemonade, half ginger beer and Angostura. Ma didn’t like the sound of it but I did and had 2 over the course of the afternoon.

Since the weekend, I’ve done a bit of research (ok, I googled it) and discovered that what I drank isn’t necessarily a rock shandy at all. Most the recipes came up with half lemonade/half orange juice or half lemonade/half soda water.  A couple were keen on half lemonade/half ginger ale.  About the only thing that every recipe had in it were angostura and lemonade! 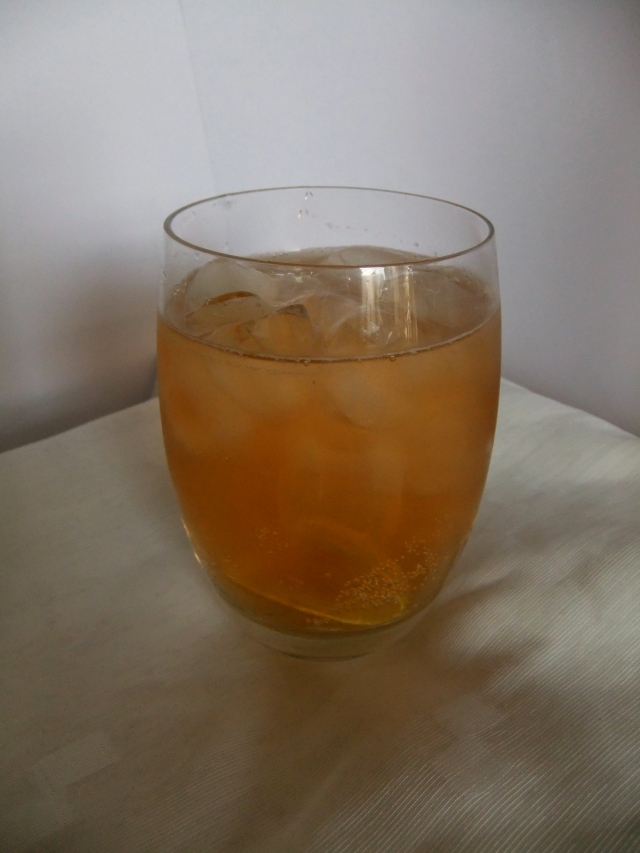 I’ve tried a couple of the variations and I like the ginger beer/ginger ale variations best so this is my version and I’m gonna call it a rock shandy, even though it ‘s not really authentic. It is very refreshing, brilliant on a hot day and a great drink to serve to the non drinkers or the pregnant.

Fill a glass with ice. Half fill glass with lemonade, top up with ginger beer, add a couple of dashes of bitters. Stir and drink.